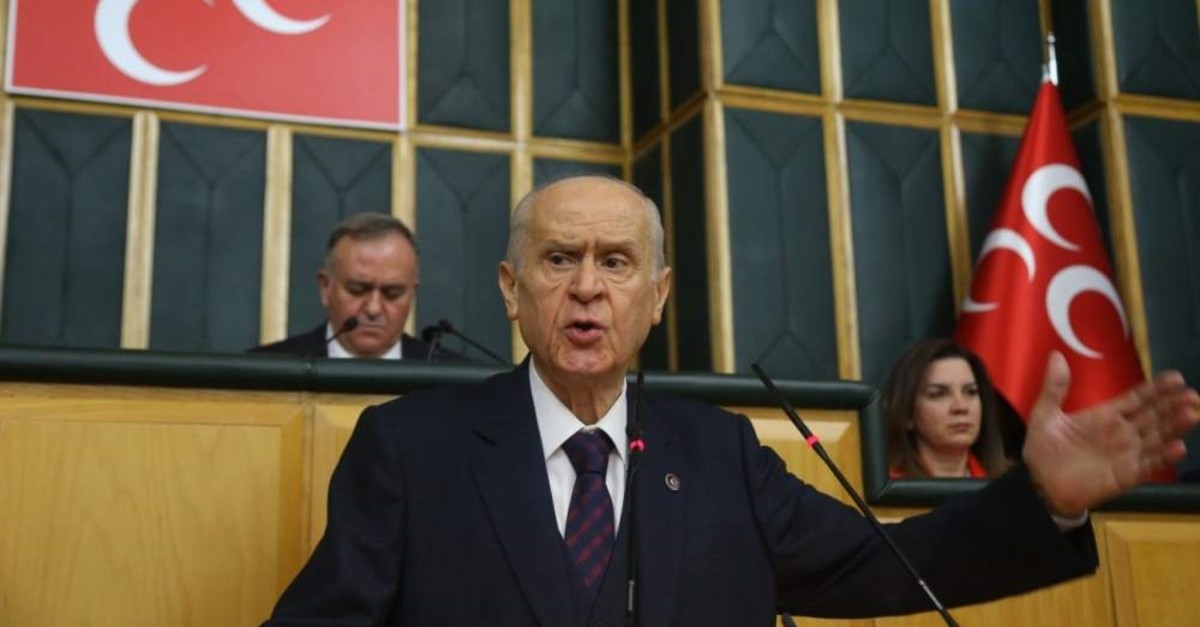 Speaking at his party's parliamentary group meeting on Tuesday, Bahçeli said Turkey can no longer tolerate the flagrant acts of the Assad regime.

"Assad is a murderer, a criminal and the source of hostility," he said, as he criticized Russia for not being "sincere" in its cooperation with Turkey to end the crisis in the region.

"We genuinely hope that the government reviews its relations with Russia," Bahçeli said, adding that Moscow continues to pursue its own agenda through the framework of constant clashes and tensions in the region.

The MHP chairman continued by arguing that the diplomatic efforts in Astana, Sochi and Geneva failed to produce any results. He said Syria has become a de facto colony of Russia as the Assad regime is fully controlled by Moscow.

Calling diplomatic initiatives "nothing but a fairy tale," Bahçeli said neither Syria nor Turkey will have peace until Assad leaves.

The Sochi agreement was reached on Sept. 17 by President Recep Tayyip Erdoğan and his Russian counterpart Vladimir Putin whereby they agreed to turn Idlib into a de-escalation zone in which acts of aggression are expressly prohibited.

According to the agreement, the cease-fire in the Idlib region would be preserved, with the withdrawal of heavy arms and radicals from the region. Prior to the agreement, the Assad regime was signaling a huge operation in Idlib, which is the last stronghold of the opposition, sparking deep fears in the international community of a new humanitarian crisis.