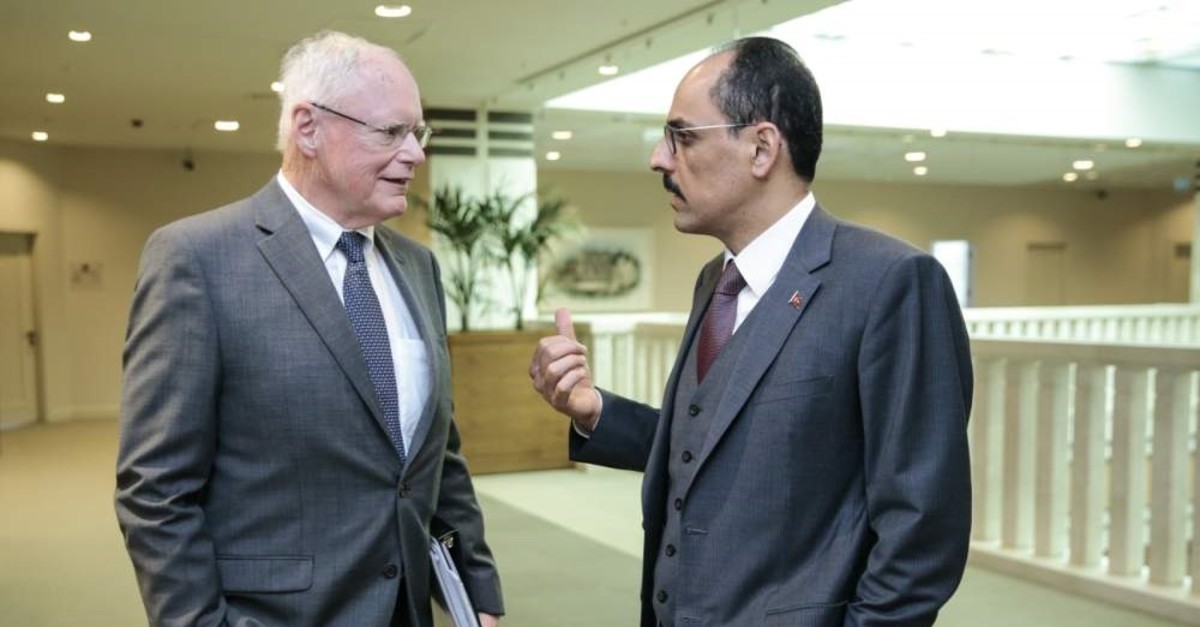 On Wednesday, presidential spokesman Ibrahim Kalın underscored the urgency of the need to protect civilians and Turkish troops in northwestern Syria’s Idlib province in a meeting with U.S. Special Representative for Syria Engagement James Jeffrey.

The two officials discussed the ongoing Idlib crisis, according to a statement by the presidency.

They highlighted that the Bashar Assad regime's attacks on Turkish observation posts in Syria were unacceptable while noting that the relevant agreements over the area needed to be upheld to prevent a further deterioration of the ongoing humanitarian crisis in the region.

Kalın and Jeffrey also agreed that the regime needed to halt its attacks and speed up the constitutional process to facilitate talks to enable a political solution with the support of the international community.

Kalın also reiterated Turkey’s determination to fight all terrorist groups in the region to protect its own security.

Recent developments in Libya, as well as the sustainability of the cease-fire and the transformation to a political process, were also discussed during the meeting, the statement added.

His visit follows two attacks by Assad regime forces on Turkish observation posts in Idlib, which left 14 dead and 45 injured.

But more than 1,800 civilians have been killed in attacks by the regime and Russian forces since that time, flouting both the 2018 cease-fire and a latter agreement on Jan. 12.