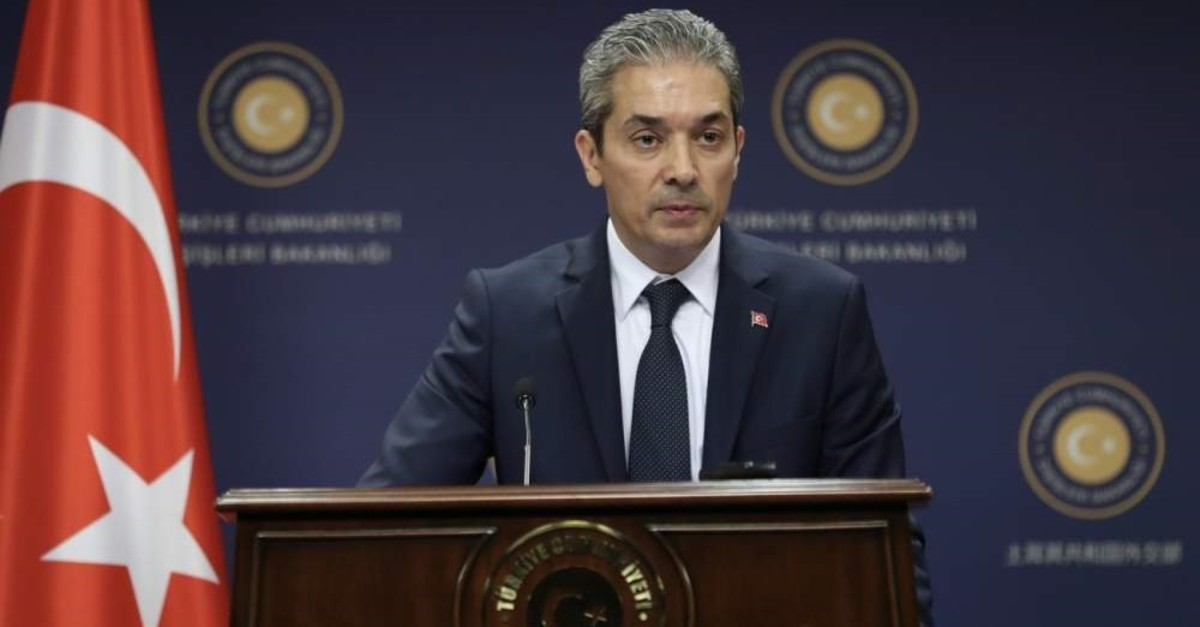 Turkey on Tuesday dismissed claims that it had accepted ending the guarantor system for Cyprus.

"News reports in the Greek Cypriot press alleging that Turkey has accepted ending the guarantorship system for Cyprus are not true," Foreign Ministry spokesman Hami Aksoy said in a statement.

Turkey's position concerning the guarantorship system, established by the 1960 London and Zurich Treaties is clear, he added.

"A just and comprehensive settlement on the island will only be possible by ensuring the Turkish Cypriots' political equality and responding to their security concerns," he said.

Turkey's intervention as a guarantor power in 1974 had stopped years-long persecution and violence against Turkish Cypriots by ultra-nationalist Greek Cypriots.

The Turkish Republic of Northern Cyprus (TRNC) was founded In 1983.