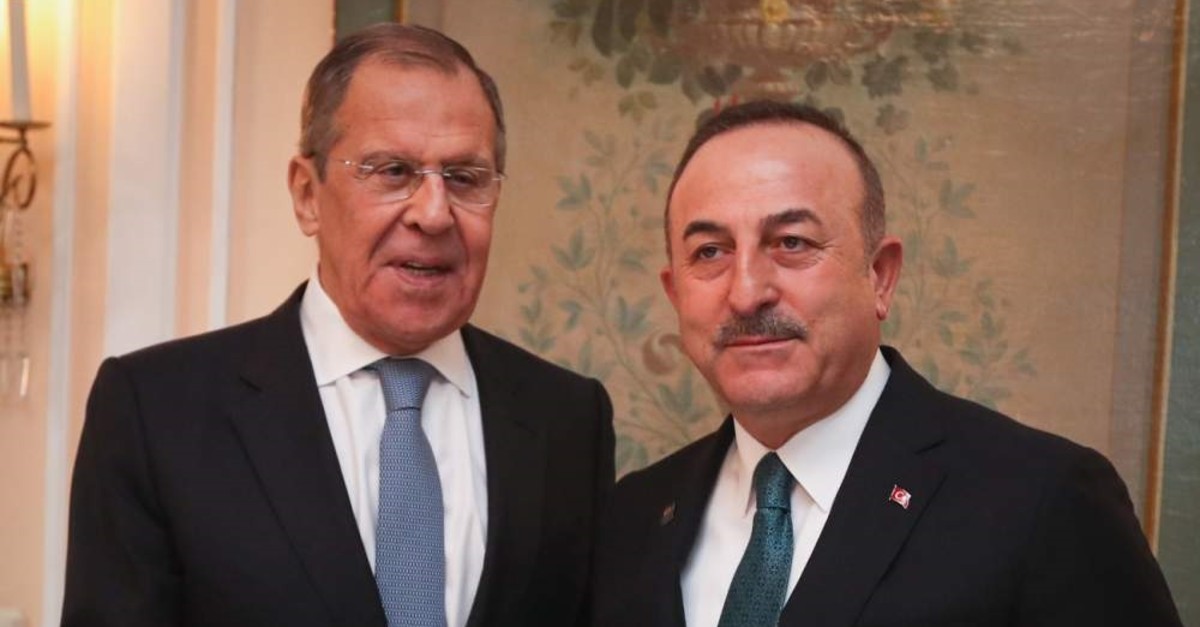 Foreign Minister Mevlüt Çavuşoğlu said Saturday that differences over Syria should not affect Ankara's relations with Moscow or disrupt its contract for the purchase of Russian S-400 missile systems.

"We cannot change the principle-based positions we hold or our politics over individual disagreements with one country or another. We must not allow the problems in Syria to undermine our cooperation and relations," Çavuşoğlu said after meeting his Russian counterpart Sergey Lavrov on the sidelines of the Munich Security Conference.

Çavuşoğlu said the meeting was "positive" and a delegation-level meeting between the two countries will be held in Moscow on Monday.
"Had a positive meeting with Foreign Minister Sergey Lavrov of Russian Federation. Our delegations will continue meeting in Moscow this Monday," Çavuşoğlu said on Twitter.
"Agreed on making an evaluation after these meetings," he added.
Lavrov, for his part, said Turkey and Russia have "very good relations" but that does not mean they have to agree on everything.
"Full agreement on all issues cannot be possible between any two countries," the Russian foreign minister said at the Munich Security Conference.
He said that there is a need to separate opposition in Syria from terrorists.
"The task (to separate opposition from terrorists) is difficult but contacts between Russia and Turkey at the expert level – between diplomats, military, security services – are aiming to find ways to implement the agreements on Idlib. The next round (of talks) will take place next week," Lavrov added.

Turkey and Russian have been at odds lately over the Bashar Assad regime's assault on opposition-held northwestern Idlib province.

The two countries, which back opposing sides in the conflict, agreed in 2018 to set up a de-escalation zone in the region.
But more than 1,800 civilians have been killed in attacks by regime and Russian forces since then, flouting both the 2018 cease-fire and a new one that started on Jan. 12.

The regime offensive has killed 13 Turkish soldiers in the past two weeks, disrupting Ankara and Moscow's cooperation.