Turkey will know no bounds in retaliation against Assad, VP Oktay says 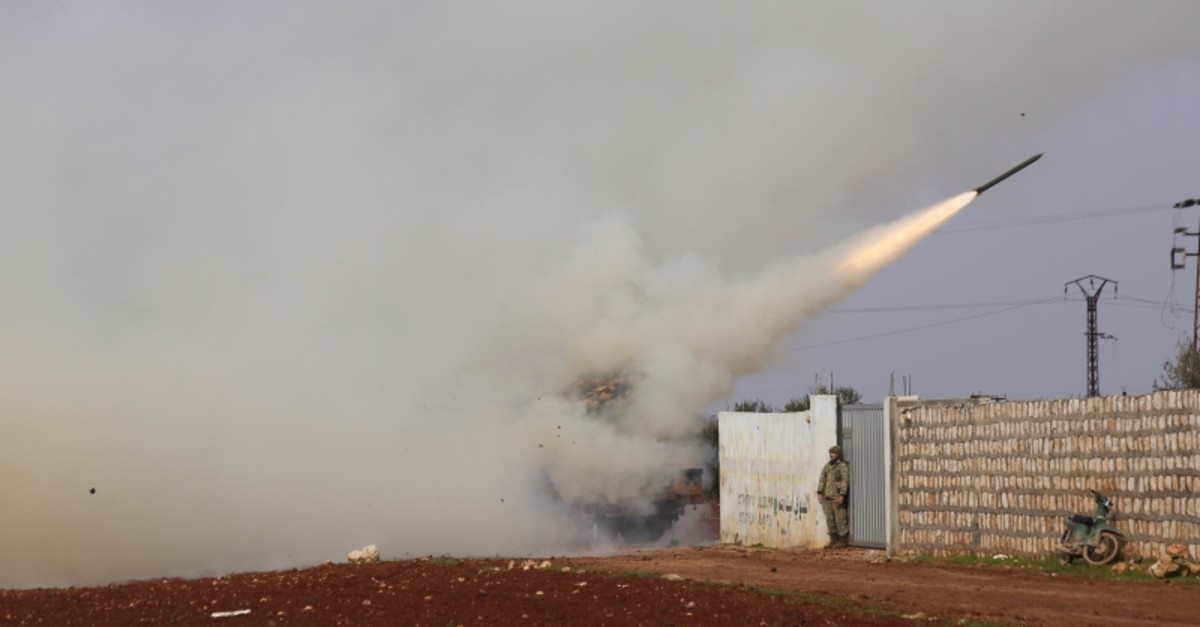 Turkey is ready to retaliate against any attack on its forces in Syria, Vice President Fuat Oktay reiterated on Saturday. "The (Bashar Assad) regime must know this: if attacks on our military continue, Turkey will know no bounds (in its retaliation). This message was clearly conveyed to Russia," Oktay said.

He also said Turkey has fulfilled its responsibilities in the northwestern Syrian region of Idlib in line with its de-escalation agreements with Russia and Iran.

Turkey and Russia, which back opposing sides in the conflict, agreed in 2018 to set up a de-escalation zone in the region. A Syrian regime offensive that killed 13 Turkish soldiers in the past two weeks has disrupted Ankara and Moscow's cooperation.

Ankara has said it will use military power to drive back the Syrian forces unless they withdraw by the end of February. President Recep Tayyip Erdoğan threatened to strike Assad regime forces anywhere in Syria if another Turkish soldier was hurt.

Russia, which backs Bashar Assad, says Turkey has flouted deals it made with Moscow and aggravated the situation in Idlib. The Kremlin said Ankara had failed to neutralize militants there.

"We cannot overlook the cruelty happening in our neighbor country," Oktay said, adding that Turkey, which hosts more than 3.6 million Syrian refugees, cannot handle a new migrant wave from Idlib where hundreds of thousands have already been displaced.

"Turkey has fulfilled its responsibilities in Idlib. Some of our observation posts have now fallen into areas controlled by the (Syrian) regime," he said, referring to Turkey's military observation posts established in Idlib under the 2018 deal.

In an apparent response to Russia's criticism on Thursday, Turkish Defense Minister Hulusi Akar said Turkey would use force against rebel groups violating the Jan. 12 cease-fire in Idlib and said Ankara was sending reinforcements to control the situation in Idlib.

Foreign Minister Mevlüt Çavuşoğlu said on Saturday that a Turkish diplomatic and military delegation will travel to Moscow on Monday to discuss Idlib with Russian counterparts.

"Turkey is working to maintain diplomacy regarding Idlib but regime continues its attacks," Çavuşoğlu said. He added that necessary steps will be taken if diplomatic channels fail after the Turkish delegation's visit to Moscow.