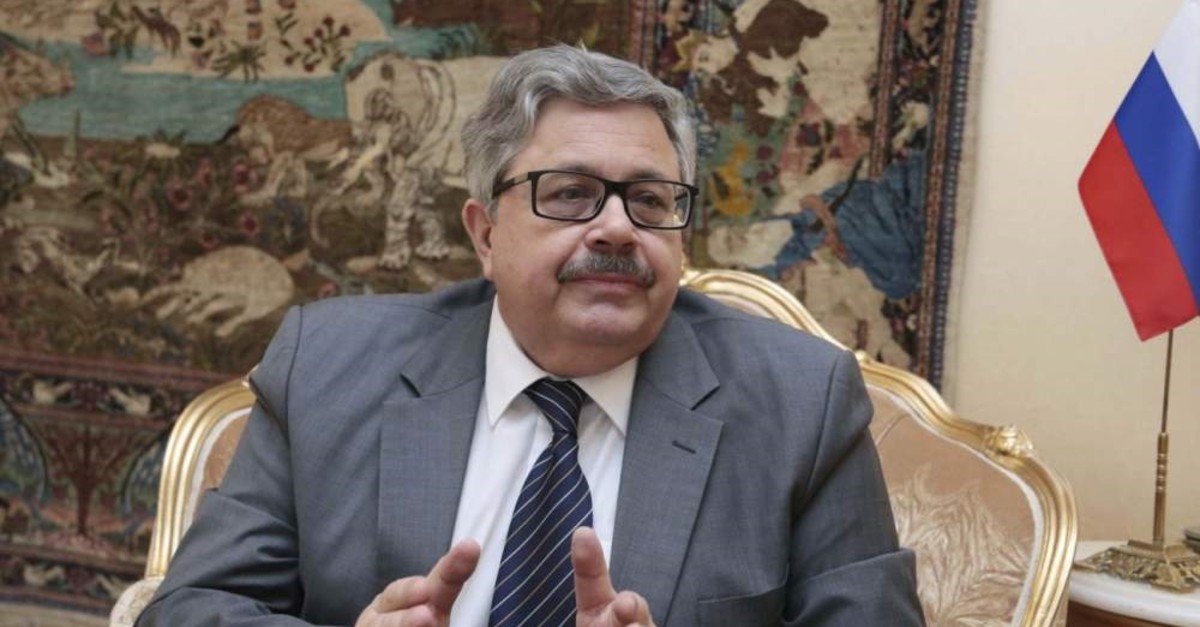 Circassians living in Turkey reacted Monday to Russia's envoy to the country Aleksei Erkhov's recent offensive remarks targeting the ethnic group, stating that the words of the ambassador were actually twisting historical facts.

"Circassians are a community that have been living in the northwestern Caucasus for thousands of years and have set a remarkable example with its culture in this time period. They have lived in peace with their neighbors and fought against the attacks from north, west and east for centuries," the statement said.

The reaction came following Erkhov's remarks in an interview on Feb. 13, in which the envoy implied that the Circassians were not mere migrants who were obeying the Russian Tsar and leaving their lands.

Pointing to the tragic displacement of the Circassion community due to Russian brutalities, the statement said that Erkhov, instead of manipulating history, should focus on the well-being of the ties between Circassians, Turkey and Russia.

The expulsion of Circassians, who call themselves Adyghe, happened toward the end of the decline of the Ottoman Empire, whose clout spread to the Caucasus, and at a time of an ambitious campaign by the Russian Empire to extend its borders despite tough resistance by locals in the region including Circassians, Abkhazians, Chechens and others. The resistance, which gained prominence through the leadership of Sheikh Shamil, was brutally quashed with the massacres of the local populations and their subsequent exile. Most Circassians were herded onto ships to be transferred from the northeastern shores of the Black Sea to Anatolia. Thousands perished due to hunger and thirst, and many others died when their ships sank. Estimates range from 300,000 to 4 million deaths as a result.

Turkey has a sizable community of Circassians, about 1.5 million to 3 million people although official numbers are not available. They are mainly concentrated in the northern provinces of Samsun, Amasya, Tokat and the northwestern provinces of Sakarya, Kocaeli, Balıkesir and Kütahya.