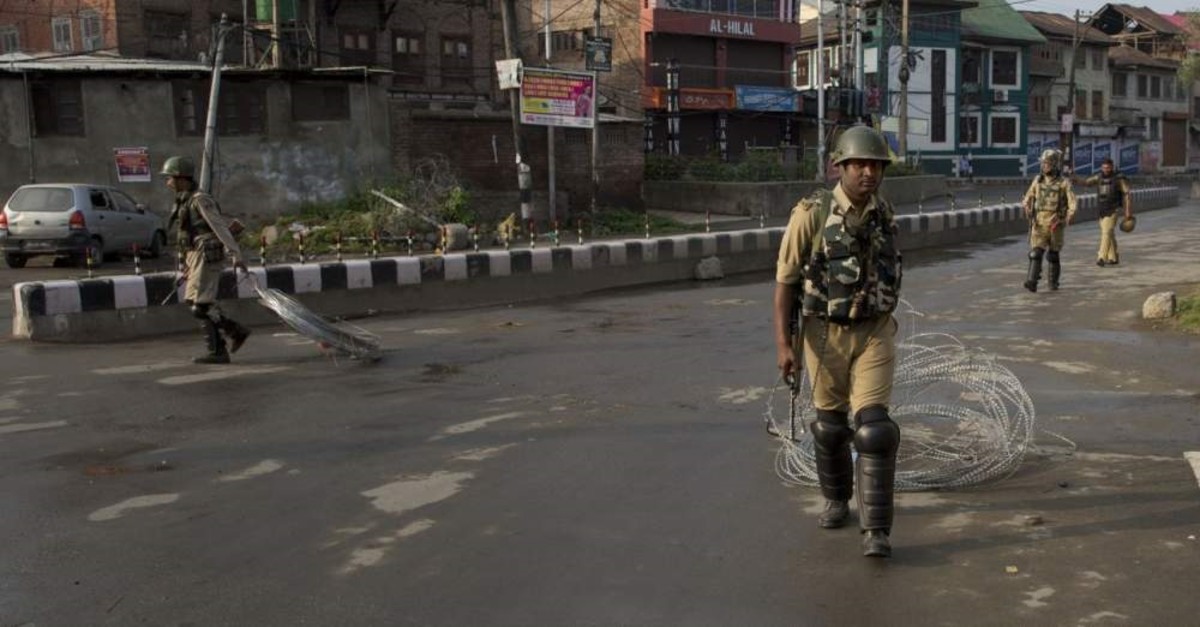 India on Monday sent a diplomatic note to Turkey over President Recep Tayyip Erdoğan's remarks on the Kashmir crisis.

"It is not acceptable for India," said the Indian foreign ministry spokesperson Raveesh Kumar following the summoning of the envoy. According to Reuters, the spokesperson also warned that the remarks might have a negative impact on Turkish-Indian ties.

During his official visit to Pakistan last week, Erdoğan said the Indian government's "unilateral steps" in the region over the years have accelerated the suffering of the Kashmiri people.

"This approach, which aggravates the current situation and revokes the freedom and vested rights of the Kashmiri people, benefits no one," the president said.

"The Kashmir problem can be solved through conflict or oppression but on the basis of justice and equity," he added.

The president also highlighted that the Kashmir issue is as important to Turkey "as it is to Pakistan."

After Erdoğan's remarks, Kumar said Saturday that Kashmir is an integral and inseparable part of India.

"We call upon the Turkish leadership to not interfere in India's internal affairs and develop a proper understanding of the facts, including the grave threat posed by terrorism emanating from Pakistan to India and the region," the spokesperson said.

The Kashmir dispute, one of the oldest on the agenda of the U.N. Security Council, along with Palestine, erupted between India and Pakistan in 1947. The U.N. Security Council called for a referendum to decide the region's fate in 1948. While India says elections held in territories controlled by administration backed by New Delhi, which decided to back accession to India, makes a referendum unnecessary, the U.N. and Pakistan say a referendum needs to take into account the views of voters throughout the former princely state.

India has about 500,000 soldiers deployed to its half of Kashmir, where separatists have for decades been fighting for independence or a merger with Pakistan.