Turkey has no intention to be at odds with Russia: Defense Min. Akar 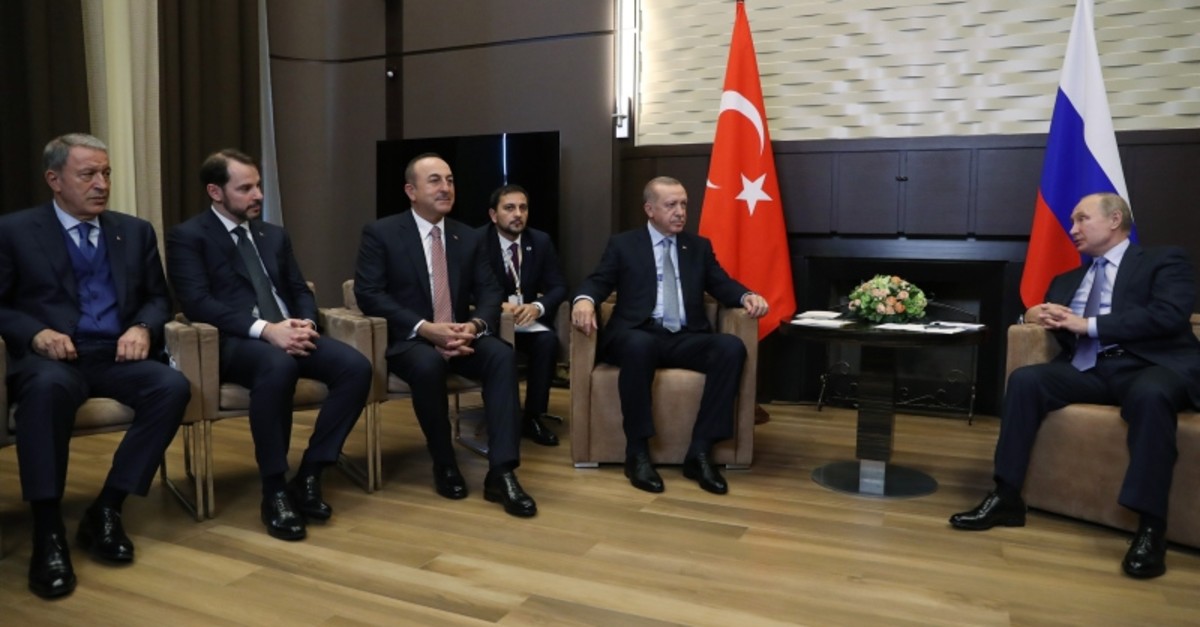 "Turkey has no intention to be at odds with Russia, the negotiations will continue based on the terms set forth by the Sochi deal," National Defense Minister Hulusi Akar said during a live broadcast late Thursday.

Akar said that there was "healthy dialogue" between Russian and Turkish officials on the ground in Idlib and that Turkey would not accept any proposals to move its observations posts in the region.

"We are discussing the use of Syrian air space in the northwestern region of Idlib and the problem can be overcome if Russia steps aside," he said.

"There is no doubt that the S-400 missile defense system will be activated," Akar added, regarding Turkey's acquisition of the Russian system, which caused major diplomatic tensions with the U.S.

He also emphasized that Turkey's operations are well-received by Syrian locals.

"In northern Syria, where Turkey has conducted operations, people are praying in mosques and churches for us, as we clear their homelands of terrorists," he said.

Turkish soldiers and moderate opposition groups in northwestern Syria’s Idlib earlier on the same day launched a military operation against Assad regime’s forces, which have been advancing south of the province to capture the last strong opposition bastion.

Opposition groups trying to recapture settlements seized by the regime in southern Idlib province and captured the village of Neirab after fierce clashes. The village on the M4 highway is some 10 kilometers southeast of Idlib city center and 6 kilometers west of the strategic town of Saraqib.

Later in the day, the Turkish Defense Ministry announced that two Turkish soldiers were killed in an airstrike in Idlib and five others were wounded. The ministry added that “more than 50 regime elements, five tanks, two armored vehicles, two technicals and one howitzer have been annihilated.”

The Russian Defense Ministry also made a statement saying that opposition groups broke through the lines of the Syrian regime forces in two areas of Idlib province. The Russian air force carried out strikes and allowed the regime forces to repel the attacks, the ministry was cited as saying.

The ministry added that Turkey is providing artillery support to opposition groups.

There are 12 Turkish observation points inside Syrian territory, which were established according to the Sochi deal. Tensions in the region escalated after different Syrian regime attacks in Idlib killed 12 Turkish troops, who were in northwestern Syria, just across the Turkish border, as part of an anti-terror and peace mission.