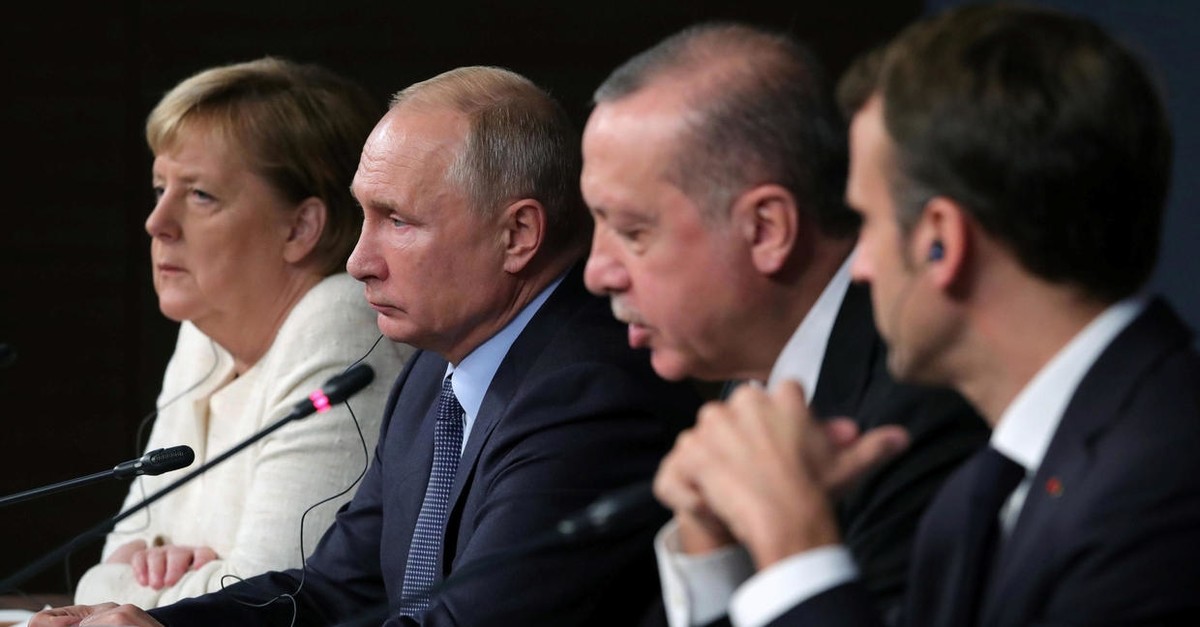 German Chancellor Angela Merkel and French President Emmanuel Macron told Russia's Vladimir Putin that they want to meet him and President Recep Tayyip Erdoğan to defuse the crisis in Syria.

A months-long offensive by Russia-backed Assad regime against moderate opposition backed by Turkey in northwest Idlib has seen close to one million civilians fleeing the violence.

The two European Union leaders "expressed their willingness to meet President Putin and President Erdoğan to find a political solution to the crisis," the chancellor's office said.

Merkel and Macron "called for the immediate end to the fighting and unfettered humanitarian access to people in need," their statement said.

Speaking on Friday, Kremlin spokesman Dmitry Peskov said Russia is discussing the possibility of holding a summit on Syria with the leaders of Turkey, France and Germany.

"The possibility of holding a summit is being discussed. There are no firm decisions about it yet. (But) if all the four leaders deem it necessary, we do not rule out the possibility of such a meeting," Peskov told reporters on a conference call.

Since Syria's civil war erupted in 2011, the country has never seen so many people displaced in so short a time.

In nine years, millions of civilians have fled their homes and more than 380,000 have been killed.

Russia on Wednesday objected to the U.N. Security Council adopting a statement that would have called for a cease-fire in Idlib, diplomats said, after a tense closed-door meeting.

The U.N. urged neighboring Turkey to admit the newly displaced people but Ankara is resisting as it already has some 3.7 million Syrians on its territory.