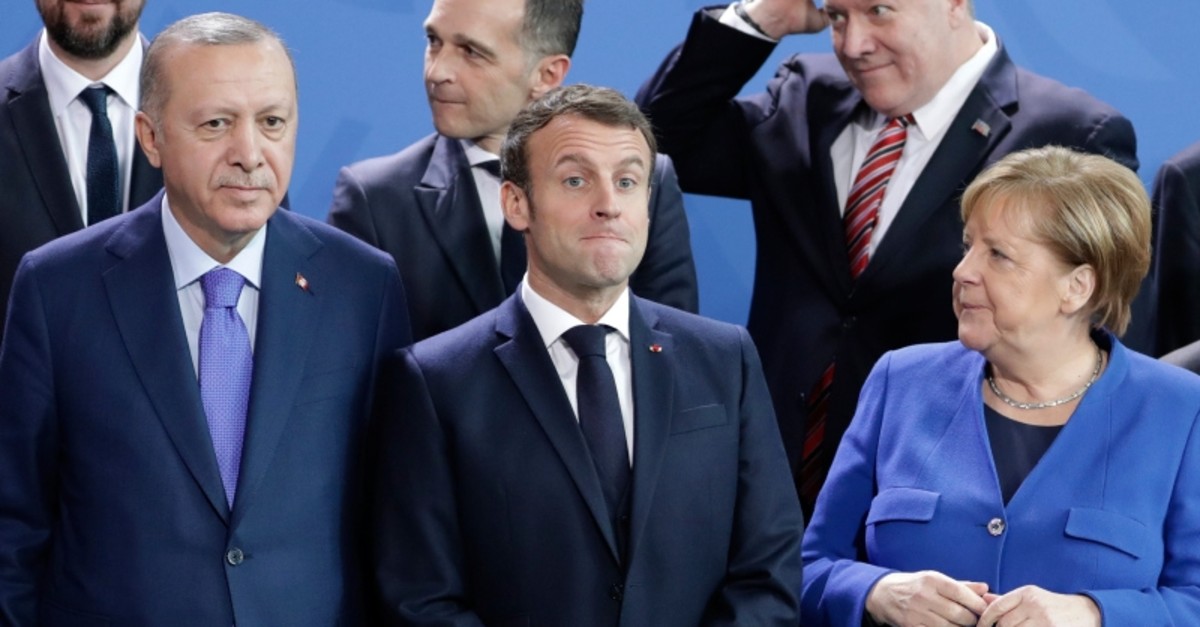 President Recep Tayyip Erdoğan held Friday a phone call with French President Emmanuel Macron and German Chancellor Angela Merkel. They discussed the recent far-right terrorist attack in Germany’s Hanau and the ongoing crises in Idlib and Libya.
Erdoğan offered his condolence to those who lost their lives in the racist attack in Hanau and condemned attacks fueled by xenophobia, discrimination and Islamophobia.

Five Turkish citizens were among the nine fatally shot in the central German city of Hanau, Turkey's Ambassador in Berlin Ali Kemal Aydın said Thursday. The attacks appeared to have been motivated by far-right beliefs.

On the Syrian issue, President Erdoğan said the aggression of the Bashar Assad regime and its backers need to be stopped. He also underlined that "concrete action" was needed to prevent a humanitarian crisis in the region.

A monthslong offensive by the Russia-backed Bashar Assad regime against moderate opposition backed by Turkey in northwest Idlib has seen close to a million civilians fleeing the violence.

About Libya, Erdoğan said everyone has to work together toward sustainable policies that would enable the Libyan people to achieve peace and stability.

The phone call came after Merkel and Macron told Russia's Vladimir Putin in a phone call on Thursday that they want to meet him and Erdoğan to defuse the crisis in Syria.

The two European Union leaders "expressed their willingness to meet President Putin and President Erdoğan to find a political solution to the crisis," the chancellor's office added.

Merkel and Macron "called for the immediate end to the fighting and unfettered humanitarian access to people in need," it said.