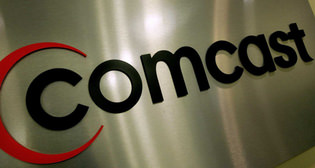 For a $45.2 billion price tag, Comcast Corp. has reached an agreement to buy Time Warner Cable

The parent company of NBC, which owns the prestigious Universal Studios, Comcast, is looking to form a new super power in the television and internet sector. If successful, the deal will be the second time that Comcast reshapes the U.S. media landscape after its $17 billion acquisition of NBC Universal was completed in 2013.

Combining the two companies, Comcast will have over 30 million subscribers, allowing it to secure around three-quarters of the U.S. cable industry.

Previously, Charter Communications Inc. proposed a deal to buy Time Warner Cable for about $38 billion in cash and stock. The offer was rejected by the company calling it, ''grossly inadequate.'' Comcast will pay $158.82 per share, while Charter offered roughly $130 per share.

The proposed merger is subject to approval from the U.S. Department of Justice and the Federal Communications Commission. The two companies expect to close the deal by the end of the year.