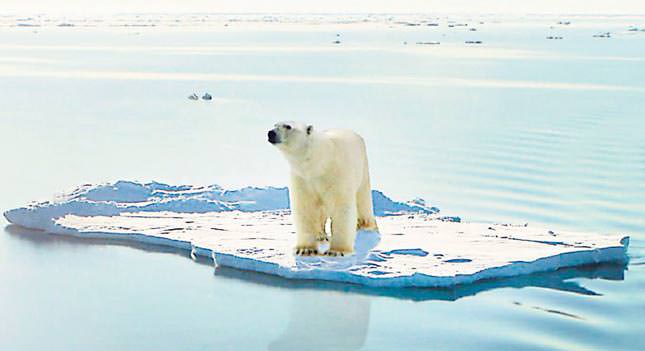 While the Turkish government takes measures against a potential drought, a UN report is setting off alarms. According to the report, global temperatures will cause $1.45 trillion in economic losses

A lack of rain and snow has raised concerns not only in Turkey but also across the world. According to a draft United Nations (U.N.) report, global warming will reduce the world's crop production by up to 2 percent every decade and wreak $1.45 trillion in economic damage by the end of this century.

According to the report, if global temperatures increase by 2.5 degrees Celsius the world's aggregated gross domestic product (GDP) will fall by 0.2 percent to 2 percent. That would translate into $147 billion to $1.45 trillion in economic losses, calculated against the world's total GDP in 2012.

The planet's crop production will decline by up to 2 percent every decade as rainfall patterns shift, droughts batter farmlands and demand for food increases a projected 14 percent. Other effects from global warming include the loss of land to rising sea levels, forcing the migration of hundreds of millions of people from coastal areas, especially those throughout Asia. U.N. climate chief Christiana Figueres called the report "an alarm-clock moment for the world."

The UN document is the second volume in a long-awaited trilogy by the Intergovernmental Panel on Climate Change (IPCC), a Nobel-winning group of scientists, which is set to be issued next month after a five-day meeting in Japan, the Yomiuri Shimbun reported.
The trilogy is the IPCC's first great overview of the causes and effects of global warming, and options for dealing with it, since 2007.

According to the draft, if global temperatures rise by 2.5 degrees Celsius (4.5 Fahrenheit), the world's aggregated gross domestic production will fall by 0.2 to 2 percent, the mass circulation said Turkey is itself suffering from the effects of global warming and shifting weather patterns.

After months of low rain and snowfall, government officials vowed Turkey will not be affected by drought because of measures taken to keep cities' water supplies steady.

Although much of the media coverage regarding the drought focuses on Istanbul, the country in its entirety is facing a water shortage.
Meteorologists say because Turkey is situated in the middle of high and low pressure weather systems, the combination of the two systems leads to a drop in the density of rainfall or extremely hot weather.

Adding to Turkey's drought woes, scientists from Germany's Justus-Liebig University found in their recent study that 2014 is expected to be "a record year" for hot weather due to the effect of the El Niño weather pattern, which will increase temperatures toward the end of 2014. Drought will undoubtedly hit the agriculture sector hardest.

According to experts, the country's vegetation is already in danger due to man-made damage, including urbanization, migration and the rapid population growth. In turn, these factors prevent Turkey from receiving its share of rainfall from international weather systems and eventually lead to drought.

To address future drought concerns, the government initiated the "1,000 Artificial Lakes in 1,000 Days" project in 2012. Through artificial lakes, one billion cubic meters of water will be stored and used for irrigation of 2.5 million acres of land used for cultivation. Despite measures taken to address the threat of drought, agriculture and the 2014 wheat harvest in particular remain at risk.

A foreign research and consultancy firm surveying the drought's effect warned that the poor rainfall this year may lead to a decrease in Turkey's agricultural exports this year.

Turkey, one of the largest wheat producers in Europe, broke a record for wheat harvest in 2013 with 22.1 metric tons. A large percentage of this is for domestic consumption but the country also exports wheat to other countries in the region as well as Asian countries such as Philippines and Indonesia.

Eker said measures against drought, at least for the upcoming year, will include encouraging the growing of crops that are able to be cultivated in a short period of time. He also noted that farmers whose crops may be affected by a drought may be subsidized by the state. Minister of Forestry and Waterworks Veysel Eroğlu echoed Eker, saying the government is ready to address the drought.