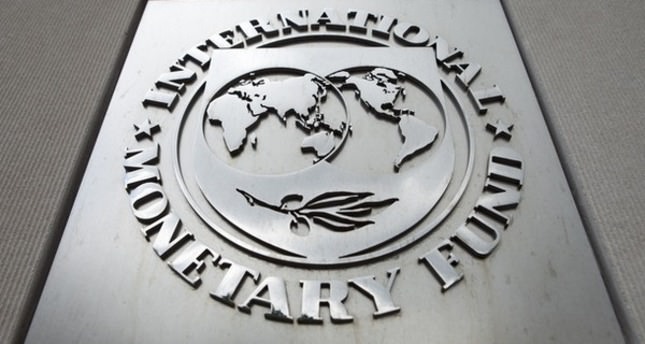 Growth of Turkish economy is set to outpace developed countries this year despite the contractionary monetary policy followed by the U.S. central bank, according to a study by the OECD and the IMF.

Istanbul (Daily Sabah) - According to information compiled by the International Monetary Fund (IMF) and Organization for Cooperation and Development (OECD), Turkey is expected to experience more economic growth than numerous developed countries such as the United States, Australia, England, Sweden, Norway, Japan, Germany, Austria, France and Italy, despite expected changes in the global economy originating from U.S. Federal Reserve policy that is expected to negatively influence developing economies.

Analysts expect that the contractionary monetary policy of the Turkish Central Bank and recent measures against credit growth taken by the Banking Regulation and Supervision Agency (BDDK) might have a noticeable impact on growth of this year.
U.K. European Union Minister David Lidington also said yesterday that Turkey has been steadily growing and is the only rising economy in Europe.

According to growth expectations by the IMF, Turkey is outshining many developing countries and ranks higher in terms of growth than Argentina, Brazil, Bulgaria, Egypt, Mexico and Ukraine. Argentina with 2.7 percent, Brazil with 2.3 percent, Bulgaria with 1.6, Egypt with 2.8 percent, and Mexico with 3 percent and Ukraine with 1.5 percent.

Nevertheless, Asian countries particularly China, India and Indonesia stand out with their growth more than Turkey. It is expected that China will grow by 7.5 percent, Indonesia by 5.5 percent and India by 5.4 percent in this year.
RELATED TOPICS