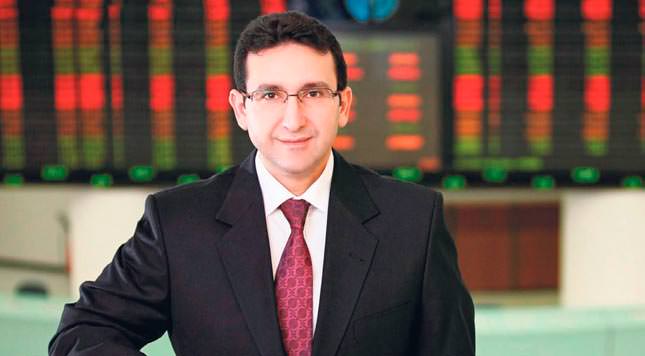 Istanbul can become a global center for Islamic financial products that have achieved rapid growth in the past decade to become a $1.6 trillion sector, says Borsa Istanbul chief Ibrahim Turhan

Istanbul (AA) - The global financial crisis has highlighted the potential for Islamic financial products, an industry which has achieved rapid growth in the last decade, the head of the Istanbul Stock Exchange said Monday.

Ibrahim Turhan, head of Borsa Istanbul claimed that the global Islamic finance industry's assets were estimated to have reached $1.6 trillion in 2012, and that "structural problems" in international finance could be addressed by using Islamic banking practices.

He noted that the Islamic finance industry's assets are projected to amount to $6.5 trillion by 2020. Adding that 18 Islamic sukuk (bonds) worth $7.2 billion have been issued in Turkey since 2010, Turhan claimed that the country wanted to make Istanbul the most important center [in the non-interest financing field] of Western and Eastern Europe, the Middle East and North Africa. There are three indexes and four funds consistent with Islamic rules already operating on Borsa Istanbul and the World Bank opened a Global Center for Islamic Finance in Istanbul in October 2013.

Also speaking at the conference was the vice-president of the Islamic Development Bank, Abdul Aziz Al Hinai, who said: "The developing countries need to have new strategies after the U.S. Federal Reserve decided to cut its controversial bond-buying program. Capital structure based on Islamic finance is much more stable than capital based on interest rates."

Experts in Islamic finance have said that despite positive developments, moving forward in the deteriorating global economic environment, plus a shortage of education and product awareness in some jurisdictions and legal and tax issues are just some of the challenges facing Islamic banking.
RELATED TOPICS