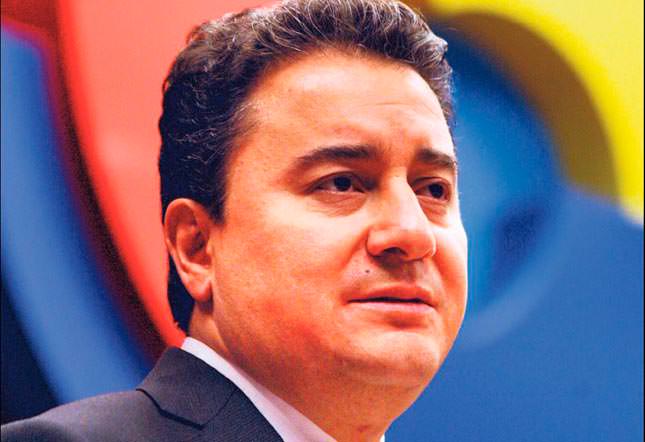 by Mar 05, 2014 12:00 am
Istanbul (Daily Sabah) - Locomotive countries of the European Union were not able to achieve a healthy proportion of public debt stock to gross domestic product, however Turkey is one of the leading countries to have secured a good rate.

According to International Monetary Fund (IMF) data, the proportion of public debt stock to GDP rose in developed countries and many European countries, but decreased in Turkey to much below 60 percent as determined by the Maastricht criteria. From 2002 to 2013, the rate of EU-defined public debt stock to GPD rose from 60.6 percent to 89.5 percent in the EU.

According to International Monetary Fund (IMF) data, the proportion of public debt stock to GDP rose in developed countries and many European countries, but decreased in Turkey to much below 60 percent as determined by the Maastricht criteria.

After the global crisis in 2008, the rate of public debt stock to GPD rapidly rose to over 100 percent in developed countries, especially in deeply-affected Greece, Spain, Portugal, Ireland and Italy.

Where the IMF analyzed 2013 data as a base for predictions, 15 of 28 EU countries could not fulfill the Maastricht criteria. Out of 13 countries that reached the figure, only three countries (Luxemburg, Bulgaria and Estonia) achieved lower rates of public debt stock to GPD compared to Turkey.

The proportion of public debt to GDP was found to be 22.9 percent in Luxemburg, 16 percent in Bulgaria and 11 percent in Estonia. These three countries hold better positions than Turkey. As of 2013, Japan had the highest rate with 243 percent.

The proportion is 102.7 percent in the U.S. and 85.3 in Canada. On the other hand, the IMF predicts that Turkey's public debt stock will decline to 30.7 percent in 2018. Analysts stated that Turkey's performance in public finance is a great success. They also highlighted that the Maastricht criteria have been forgotten and are rarely mentioned anymore since the economic crisis.

Ali Babacan, deputy prime minister responsible for the economy, made an assessment about the matter at the 7th Economy Sector Council of Turkey.

He stated that financial discipline will continue to protect the positive position of Turkey's budget and sound finance system. "We see that these two issues lie behind the main problems in Europe. Public finance is not strong, budget deficits are very high and there are serious troubles in the finance sector. However, Turkey is very strong in these two areas. This will continue differentiating our country from others. The rates of public debt to national income in developed countries have reached figures from World War II," Babacan said.
Last Update: Mar 05, 2014 1:31 pm
RELATED TOPICS