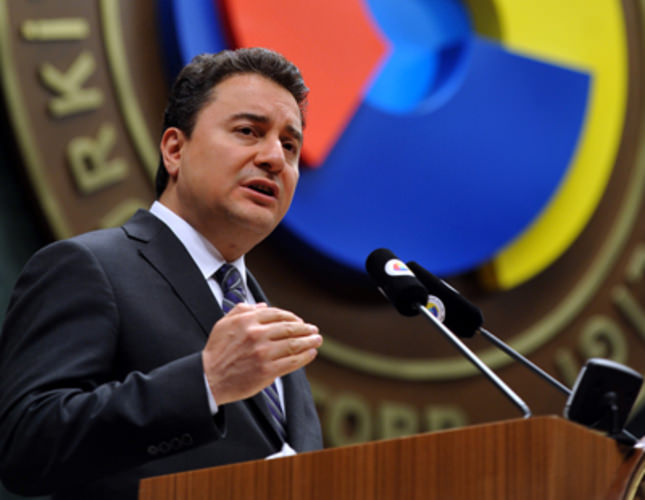 by daily sabah Mar 05, 2014 12:00 am
ANKARA - At the Industry-specific Economy Council meeting organized by the Turkish Union of Chambers and Commodity Exchanges (TOBB) Ali Babacan, Turkey's Deputy Prime Minister responsible for the economy made compelling remarks about the government's plans to introduce a comprehensive package to improve transparency, following the March 30 local elections.

While fighting corruption is one of the main items of the government's current agenda, Babacan noted they will be taking further measures to emphasize the significance of transparency and accountability. "No incident of corruption should be covered up or tolerated" said Babacan, who underlined the government puts special emphasis on this matter, which is evident by the fact that a few years ago Turkey used to rank 65th out of 102 countries, whereas now it ranks 53rd out of 177. Referring to the improvement as only a start, Babacan explained the government will be introducing the new package in efforts to aim for the top.

Laying stress on the list of actions to be taken to improve the quality of democracy in Turkey, Babacan observed the European Union norms are of crucial important. "This is why we are constantly working hard to speed up our European Union membership process and were able to open a new chapter in negotiations and aim to open up 2 new crucial chapters this year" Babacan noted, and added one of these chapters would consist of judiciary and fundamental rights, while the other would consist of justice, freedom and security, all of which are of considerable importance for the legal system in Turkey. Babacan also claimed Turkey takes the European Union's legal norms as reference, and no other international organizations or formations.

Drawing attention on the significance of political stability, Babacan explained it takes years to build an atmosphere of trust whereas it is easily destructed in a matter of weeks or months.
Last Update: Mar 05, 2014 8:43 pm
RELATED TOPICS