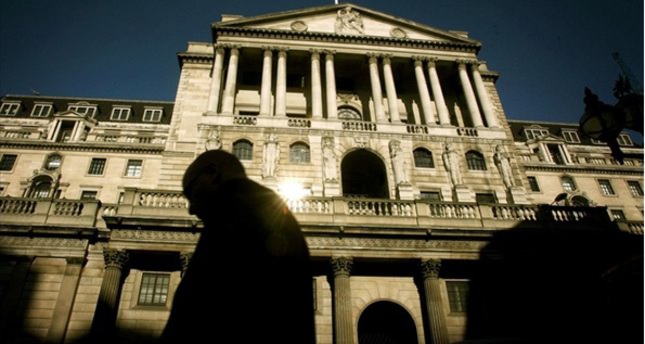 by French Press Agency - AFP Mar 07, 2014 12:00 am
London - The Bank of England (BoE) yesterday voted to keep its main interest rate at 0.50 percent, five years after deciding to cut borrowing costs to the current record-low level. Policymakers agreed by majority also to maintain the level of central bank stimulus pumping around the British economy at 375 billion pound (TL 1.37 trillion).

ING Bank analyst James Knightley said the central bank wanted "to see monetary policy stay as loose as possible for as long as possible to ensure the economic recovery is sustainable" in Britain. The bank's key rate has stood at 0.50 percent since March 2009, when it also launched a socalled quantitative easing stimulus program to help Britain recover from the global crisis. Bank Governor Mark Carney launched a forward guidance policy, under which he said borrowing costs would not be lifted until the British unemployment rate fell to at least 7.0 percent.