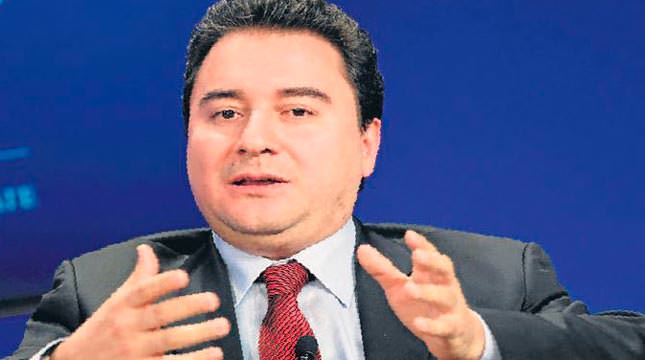 by Anadolu Agency Mar 07, 2014 12:00 am
Istanbul - While attending the Sixth Conference of Shopping Mall Investors in Istanbul, Deputy Prime Minister Ali Babacan commented on the Turkish economy and trends in the global markets. "In the last seven to eight months, a trend of rhetorical publications and analyses has prevailed. One has to evaluate that correctly.

A performance a bit lower than the last 10 years but higher compared to developed countries [can be observed], this is remarkable. "Regarding the fact that problems in public finance will sooner or later bring about tax increases on the one hand and the potential for more rapid growth of developing countries on the other, we see that the investments will go to developing countries again," noted the deputy prime minister.

Babacan also drew attention to the fact that the rate of gross public debt to national income decreased to 35 percent last year in Turkey and highlighted that the proportion of net public debt stock to national income dropped to 15 percent. "By comparison, a threefold growth in national income was apparent in Turkey between 2002 and 2014. We now have an economic and financial system that is much more integrated to the rest of the world. The Turkish economy is open to the world in terms of both trade and investments," said Babacan.

He also noted that some people compare economic developments over the last seven to eight months to the Asian financial crisis, but rejected the comparison. Babacan noted that with regard to the global markets, economies have recovered relative to the crisis period of 2008-2009. "We left behind the worst days of the crisis. We wish to see countries recover in various paces. The United States achieved the swiftest recovery among developed countries.

On the other hand, European countries recovered more weakly and alternatively for each country in the region. We have observed a recovery in Japan in the short term, however, serious doubts remain in the medium and long-term," said Babacan.

Stressing that the recovery in Europe is crucial for Turkey's export market, Babacan added, "The growth model of Turkey consists mainly of more export, more investments and equanimity in domestic consumption and we have started to see the influences of 'rebalancing' policies ."