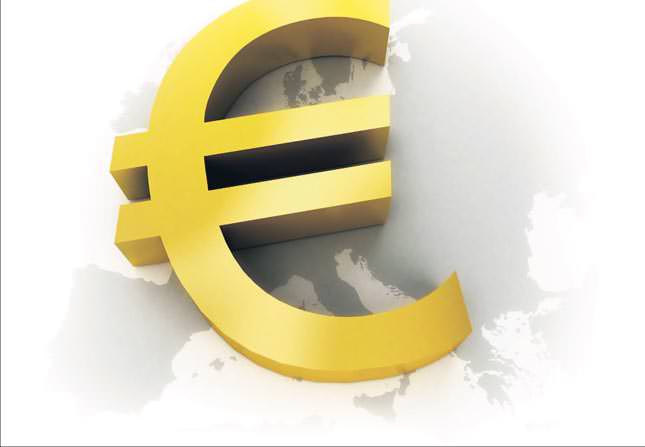 The European Central Bank has kept its benchmark interest rate at its record low of 0.25 percent. Eurozone interest rates have remained unchanged since November 2013

And while few ECB watchers were betting on a further cut this month, there had been some outside speculation that the central bank could ease monetary conditions in the 18 countries that share the euro given the worryingly low level of inflation.

Nevertheless, the specter of deflation, or the destructive spiral of falling prices in which consumers put off purchases, thus destroying salaries, jobs and investment, is being kept at bay.

The latest data compiled by the EU's statistics agency Eurostat put areawide inflation at 0.8 percent in February, the same level as in January.

While that is admittedly still way below the ECB's target of just under 2.0 percent, it was fractionally better than the 0.6 percent that many economists had been predicting. ECB President Mario Draghi was scheduled to explain the reasoning behind the decision at a news conference and also reveal the ECB's latest updated growth and inflation forecasts. But analysts insisted the cycle of monetary easing was not necessarily over and they predicted that Draghi would reiterate the ECB's mantra that all options were still open and it would do everything needed to get the eurozone economy back on its feet.

Data released Wednesday showed that eurozone growth picked up to 0.3 percent in the final quarter of last year, and forward-looking data was also encouraging. The modest rate of expansion, however, suggests the recovery is still fragile and far from sufficient to make a dent in near-record unemployment.

"Although we expect Draghi to suggest that all options are still open, we suspect the ECB to have borrowed some time on the back of relative stability in money market rates and moderate growth confirmed by recent data," said Newedge Strategy analyst Annalisa Piazza. "The new updated profile for inflation will be unveiled during the press conference and it might help to get some clue on future prospects," she said.

ECB chief Draghi insisted last week that while eurozone inflation is low, he saw no danger of deflation. Even though current inflation rates "can clearly not be considered close to 2.0 percent... we are clearly not in deflation, which is defined as a self-reinforcing fall in prices that is broad-based across items and across countries," Draghi said.