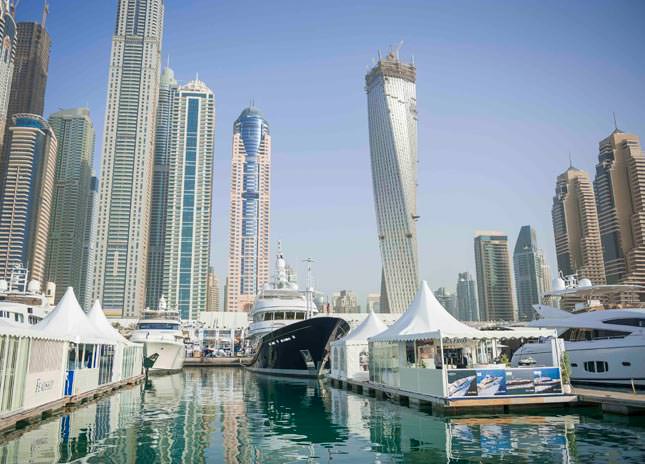 Buttressed by their collective gross domestic product as well as $2.3 trillion in combined sovereign wealth funds, Gulf economies have been able to maintain their high profile in the global economy

Istanbul - Founded on May 26, 1981, the Gulf Cooperation Council (GCC) acts as a single economic bloc and is now one of the world's largest regional economies. Since 2000, the GCC has grown at an average rate of 8.1 percent per annum, faster than most emerging economies, including Russia and Brazil. The GCC's growth outlook is also bright as the workforce is projected to grow by almost one-third by 2025.

In addition to its pro-business environment, hydrocarbons continue to account for a significant proportion of gross domestic product (GDP) for some Gulf countries.

Growth in the non-oil and gas sector in the GCC has been strong since 2000. The GCC economy, underpinned by budget surpluses resulting from high oil prices, will continue to record a dynamic growth rate in 2014, Credit Agricole Private Banking said in its latest forecast. The hydrocarbon-based GCC economies displayed rates of GDP increases high enough to define these countries as a pocket of above-average growth.

According to Gulf News, Saudi Arabia ranks 19th worldwide in terms of nominal GDP growth. The kingdom being the biggest exporter of crude oil only partly explains the nature of its economy but does explain why Saudi Arabia is the sole Arab country in the Group of 20 nations, an exclusive club of the world's top economies. Saudi GDP is a gargantuan $711 billion, just behind the Netherlands but ahead of Switzerland and many EU member states. Among Muslim nations, the top economies are Indonesia, Turkey, Saudi Arabia and Iran, respectively. The UAE ranks as the second-largest economy among Arab countries with a substantial nominal GDP of $385 billion. Based on this estimate, the UAE occupies the 30th rank worldwide. The status of the second-largest GDP among Arab states was once reserved for Egypt, but now it ranks third. Qatar commands a GDP of $192 billion, which translates into the 50th ranking worldwide and fourth among Arab economies.

Qatar has overtaken Kuwait, with the latter's GDP pegged at $183 billion. That of Oman stands at $64 billion, which places it 64th in the global positioning. At $30 billion, Bahrain has the smallest GDP among Arab states and 90th in the world.

When it comes to another vital area, that of sovereign wealth funds (SWF), GCC countries continue to enjoy considerable clout. According to the Sovereign Wealth Funds Institute, the combined value of SWFs of the six-nation grouping stood at $2.3 trillion at the start of this year.
This is considerable in that the GCC accounts for 36 percent of the global SWF holdings. The latest figures confirm that the majority of SWF assets in the MENA region are generated by GCC countries.

The value of the various funds owned by the UAE, and notably those of Abu Dhabi, are collectively valued at $975 billion, which places it in the 15th spot among global SWF heavyweights. In fact, the SWF operated by Abu Dhabi Investment Authority ranks second in the world after the Norwegian pension fund.

Suffice it to say that Kuwait financed the war of liberation following the Iraqi invasion in 1990 by drawing on its sovereign wealth. The Kuwait Investment Authority is the oldest SWF of its kind in the GCC region, reflecting the outward outlook of Kuwaiti investors.

Qatar possesses some $170 billion in SWFs and stands out for making international headlines through some well-publicized investments, such as purchasing Harrods, the U.K. luxury department store in 2010 for $2.3 billion.