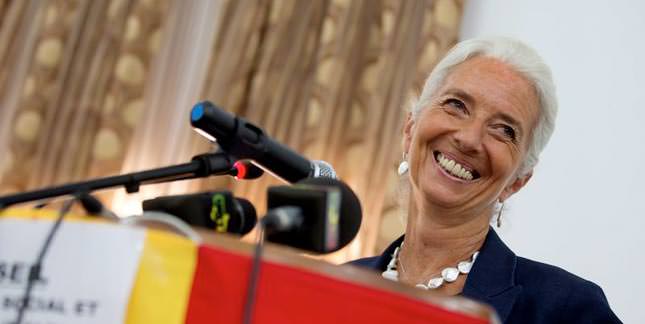 Qatar 's economy will grow by 6 percent this year, said the IMF yesterday. In the past few years Qatar, which has enjoyed the highest per capita income in the world, grew considerably due to increased natural gas revenue

Doha - Qatar's gross domestic product (GDP) is expected to grow about 6 percent in 2014 according to the International Monetary Fund (IMF), which also gave the Gulf state a positive short to medium-term outlook. In its preliminary assessment last month, the IMF also said it expected public investments in Qatar to grow by about 6 to 7 percent over the medium term, while the inflation rate has been pegged at 3 to 4 percent. The IMF said it expected commodity prices, including food, to decline, which should help reduce price pressures from strong economic activity, the Qatar News Agency reported. Among its other projections, the IMF said it expected the public debt ratio to fall, though Qatar's budget could go into deficit over the medium term.

While Qatar's recent macroeconomic performance has remained strong, GDP growth slowed from 13 percent in 2011 to 6.2 percent in 2012, it said, attributing the shift to the selfimposed moratorium on additional hydrocarbon production from the North Field. It said a 10 percent expansion in the non-hydrocarbon sector, particularly construction, transport, communications and finance kept the growth steady at about 6 percent in 2013.

The IMF reported that spending on infrastructure and other capital projects remained unchanged but capital expenditure picked up during the current fiscal year. It projected gross government debt in 2013-14 (ending March 2014) at 33 percent of GDP, with predictions it will record another surplus of 32 percent of its GDP in 2012.

Qatar has prospered over the last few years with high real GDP growth. Throughout the financial crisis Qatari authorities sought to protect the local banking sector with direct investments into domestic banks. GDP grew sharply in 2010 largely due to an increase in oil prices and 2011's growth was supported by Qatar's investment in expanding its gas sector. GDP slowed to 6.6 percent in 2012 as Qatar's gas sector expansion moved toward completion.

Economic policy is focused on developing Qatar's non-associated natural gas reserves and increasing private and foreign investment in non-energy sectors, but oil and gas still account for more than 50 percent of GDP, roughly 85 percent of export earnings, and 70 percent of government revenues. Oil and gas have made Qatar the world's highest percapita income country averaged $101.200 and the country with the lowest unemployment.

Proven oil reserves in excess of 25 billion barrels should enable continued output at current levels for 57 years. Qatar's proven reserves of natural gas exceed 25 trillion cubic meters, more than 13 percent of the world total and third largest in the world.