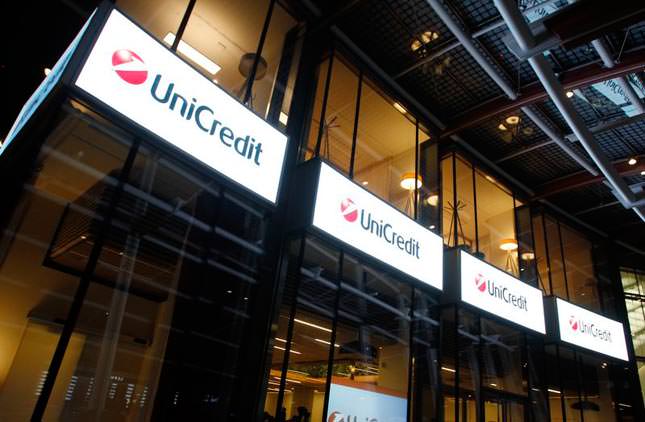 by Anadolu Agency Mar 13, 2014 12:00 am
MILANO – Italy's biggest bank, UniCredit, reported a record annual loss of 15 billion euros (TL 46.8 billion) and said it plans to cut 8,500 jobs. The huge loss foreshadowed the possibility that many financial institutions across Europe could be forced to acknowledge the full extent of their own problems under increased regulatory scrutiny. The unexpectedly large fourth-quarter loss posted by UniCredit, which is based in Milan, was announced just hours after the European Central Bank (ECB) disclosed details of its plan to dig deeper into the books of banks operating across Europe.

The timing of UniCredit's announcement appeared to be coincidental, but it highlighted the vulnerabilities still lurking within the balance sheets of many institutions more than five years after the financial crisis led to a recession from which Europe and its banks have still not fully emerged. The ECB, newly empowered to oversee Eurozone banks, plans to finish its review of institutions under its jurisdiction by October.

Analysts say they expect more banks to write down the value of their bad loans and other troubled assets in coming months. ECB President Mario Draghi and other top officials warned that some banks may be declared insolvent and forced out of business. UniCredit is trying to take stock of its financial position before European regulators conduct an industry-wide health-check in the coming months. The planned job cuts will see the bank lose about six percent of its workforce by 2018. The bank's huge loss, largely due to troubles in Italy and Eastern Europe, was one of the worst suffered by a European bank since the beginning of the financial crisis. The company is to create an internal "bad bank" to manage a further 87 billion euros of bad and risky loans, which will be reduced to 33 billion euros in the next five years.