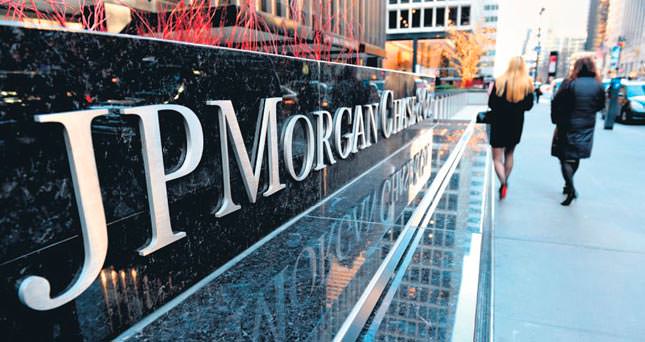 ISTANBUL – According to the January data released by J.P. Morgan, the first sign of external rebalancing is expected to take place in 2014 with the improvement becoming increasingly visible starting March. However, this improvement could well go unnoticed by the markets as long as political tension remains high. January data also showed that Turkish companies have no trouble finding long-term financing from abroad. This success, on top of the narrowing current account deficit, could ease the pressure on the lira if or when the political tension eases, said officials.

Officials said the pace of improvement will be high for many reasons. First, higher interest rates, macro-prudential measures and tax hikes implemented by the government and poor sentiment all lead to weaker domestic demand and hence lower imports. Second, the currency depreciation enhances the competitive power of Turkish exporters. Third, Turkey continues benefitting from the recovery in EU demand. Finally, there will likely be a downward correction in gold imports.

However, Turkey's external financing needs will remain high even after this sharp improvement. Although the improvement in external balances should come as a relief, Turkey will remain vulnerable to shifts in global risk appetite in the coming months.

Banks, in total, paid back a net $1.2 billion of debt in January. While they paid back $1.7 billion in short-term debt, they were a net $0.5 billion in long-term debt. The rollover ratio in long-term borrowing was again a very high, at 295 percent in January. It seems that the banks are trying to cut their foreign exchange exposures and to increase the maturity of their existing exposure. Given the weakness in loan demand and foreign exchange volatility, this strategy makes sense.

The corporate sector also faced no problem in finding long-term financing and their rollover ratio was 117 percent in January.

J.P. Morgan was upbeat on the inflows of $2.2 billion in the form of net errors and omissions, presumably capturing unrecorded export revenues and some capital inflows, and foreign direct investment inflows of $0.9 billion. January saw outflows from bond and equity markets as well as deposit outflows.
Outflows from the bond and equity markets were $1.1 billion and $0.3 billion, respectively. There was also an outflow of $0.9 billion in the form of deposits.