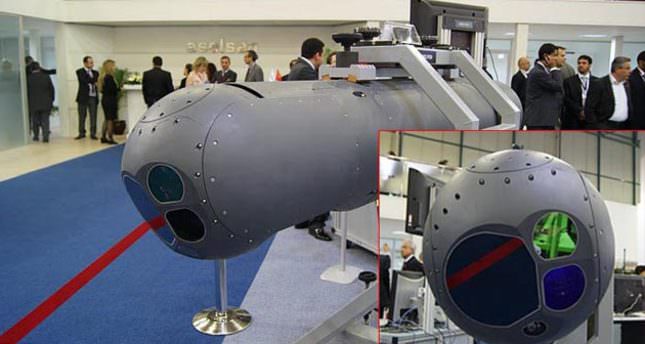 by daily sabah Mar 20, 2014 12:00 am
ISTANBUL – Total exports by the Turkish defense industry increased by 32 percent in January-February compared to the same period last year, said the head of the Turkish Defense and Aerospace Industry Exporters Association (SSI), Aral Aliş yesterday. "In consideration of the export rates, the defense and aerospace industry comes first among the all sectors. We are proud of achieving this success. It is also motivating to see the positive results of our activities" he said. Aliş pointed out that the defense industry closed the year 2013 with revenues of 1.4 million dollars in exports, adding that the export expectation for 2014 is 2 million dollars.

"The Turkish defense industry is mainly focused on the U.S., the EU and the Middle East. It is important to sustain the present market place. We have identified different target markets around the world, primarily in Asian countries," Aliş said.

"Within the scope of the Defense and Aviation Promotion Group in 2013, we are aiming to represent and introduce the Turkish Defense and Aviation Industry in our target markets through comprehensive promotion activities. In order to support the promotion of our exporters, we will focus on sectorspecific fairs. We will take part in the upcoming fairs either with our national organization or promotion group. Additionally, we will carry out attractive advertising and promotion campaigns. There will be delegation exchanges between countries," he added.

Aral Aliş further indicated that their strategic objective is to become one of the major global suppliers. He highlighted the significance of the research and development activities to reach the financial objectives within the 2023 vision. "The Turkish Defense and Aviation industry will continue its activities both in Turkey and abroad without any break...We are all sailing in the same ship. Not only the Turkish Defense sector, but our country too will benefit from our profits."