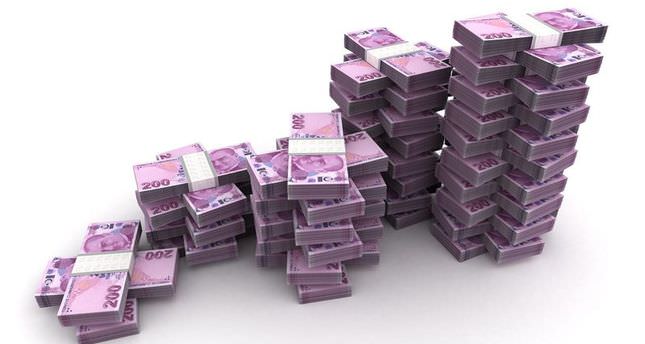 ISTANBUL — Bank stocks traded on the Borsa Istanbul (BIST) made a profit of nearly 25 percent in the past month thanks to the support of the Turkish central bank, which announced that interest could be paid in return for required reserves (RR) held by banks in the central bank. The banking index calculated from bank shares, which has experienced an upward trend thanks to a positive outlook following local elections on March 30, accelerated its rise with predictions about the central bank paying interest in return for RR at the meeting summary of Monetary Policy Committee (PPK) declared on March 25.

The banking index, finalized in February at 106.746 points, rose in value by 19.3 percent in March while enlarging its profits to 25 percent. With regard to performances in the last month, the banking index performed best by far among other calculated sector indexes on Borsa Istanbul. Hence, it made a strong showing despite the ongoing downside trend which started in May 2013 and ended in February 2014. The banking index reached 200.307 points, the highest point ever, in May 2013 and made its investors lose 48 percent in the downside trend when it fell to 103.477, its lowest point, in February.

The rapid rise in bank stocks served as a driving force for the BIST 100 index due to free floating rates and high liquidities.

According to information released yesterday, Vakıfbank last month was the highest-yielding of all banks in Turkey with nearly 29 percent among big bank stocks traded on Borsa Istanbul. Halkbank followed Vakıfbank with 28 percent while Yapı Kredi, Garanti Bank and Akbank followed them with 27 percent.

Analysts regard the incoming reactive purchases (shares) after the dollar-based banking index declined to the lowest level since 2009 in February as signals of normalization of, though partly, capital outflow to developing countries. Additionally, it is noted that sectorial shares are on the rise with the expectation of a positive reflection of the statements of the central bank about interest payments in return for required reserves on the balance sheets.

Garanti Investment Banking Analyst Recep Demir commented on the matter and highlighted that the banking index was traded below the book value and cheap assessments were done until March. He said that the central bank's statement about RRs and the political environment developed in favor of stability supported bank shares.

Demir further explained that in March, when inputs to markets of developing countries increased, expected deterioration in the credit quality of banking sector did not materialize and the positivity about the second half of the year supported the upside trend. Demir noted that, especially after the summary of the PPK meeting, the expectation of positive regulations about the RR for the second half of the year and capital adequacy increased.

Demir remarked that the perception of sustainability and political stability should remain, while stronger signals should be released for positive regulations about the sector and improvement should be observed in macroeconomic indicators for the positive environment to be sustainable.