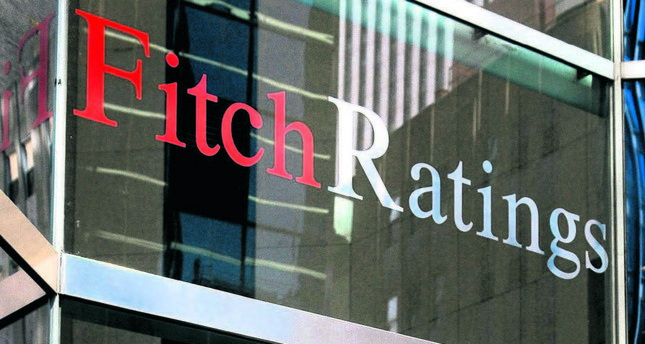 As markets await rating agencies Fitch and Moody's evaluations of Turkey, experts believe neither will make any changes in their valuation and Turkey will remain in the category of investable countries

ISTANBUL — Future evaluations about Turkey to come from Fitch after the markets close on April 4 and then Moody's on April 11 will be meticulously watched by market actors and influence their decisions. Making assessments concerning the matter, economists agree that the two institutions, which place Turkey in the category of investable countries, will not make any changes in Turkey's credit rating. However, they have different opinions about the credit rating outlook.

Serkan Özcan, vice director responsible for Economic Survey and Strategic Planning at Odeabank, said that they do not expect credit rating agencies to make any changes despite the ongoing uncertainties. Özcan noted that in accordance with recent statements, Moody's is a little more pessimistic regarding Turkey compared to Fitch. On the other hand, he indicated that both institutions would likely mention the ongoing risks in their assessments, yet they won't change the credit ratings or the outlook. Özcan added that the gradual rise in the value of the Turkish Lira since January 28 and the stabilization of increases in interest rates indicate that the risk of a sharp fall, which is critical for credit ratings, has primarily been eliminated. Additionally, Özcan noted that cumulative depreciation in the lira has not yet been completely reflected in inflation and the real sector.

Burgan Investment Chief Economist Haluk Bürümcekçi stated that they are waiting for the meetings of Fitch and Moody's on April 4 and April 11, respectively, and added that Fitch will hold a conference concerning Turkey in London on April 30, following this decision.

Bürümcekçi noted that he does not suppose the two institutions that consider Turkey investable will make any changes to Turkey's ratings.
However, as Moody's revised the outlooks of 10 Turkish banks downward (from stable to negative), it may possibly make the same change to the outlook of the national credit rating.

"I do not anticipate a prominent market reaction in the first stage, as I do not expect Fitch to make any changes on Friday, and I think the market does not, either. However, if there happens to be any signals for change in credit ratings, the markets may be adversely affected. Otherwise, the reaction will be limited but positive. When it comes to Moody's, I expect a reduction in the ratings outlook, and I think that it is not completely taken into consideration by market players and the number of people who presume this has declined due to the local election results. If what I suppose comes true, it may negatively reflect on the market to some extent."

Ziraat Investment Economist Bora Tamer Yılmaz stated that they consider public finance as the strongest aspect of the Turkish economy and that budget dynamics of the country run in a positive course due to financial policies applied in a disciplined way.

Yılmaz noted that tax revenues, which they thought to be envisaged in parallel with the growth target of 4 percent in the rebalancing process in 2012, were negatively affected, as the growth rate came out to be 2.2 percent.

He added that expenses in 2012 exceeded estimations, thus creating question marks about the budget. Yılmaz highlighted that the primary concern of credit rating agencies is whether countries can sustain their debt in current conditions. He added that they assess other macroeconomic and political indicators and their influence on the budget in terms of the sustainability of debts.