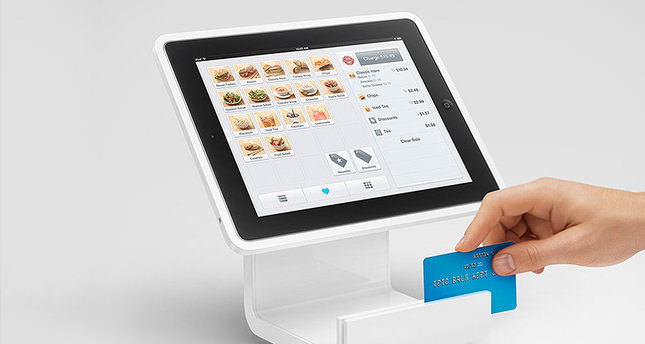 by reuters
Apr 06, 2014 12:00 am
BERLIN — Big retailers are muscling in on the likes of Visa, MasterCard and Google in a fiercely competitive and growing mobile payment market that promises to cut transaction costs and increase customer loyalty.

Stores such as British supermarket Tesco and France's Auchan hope their "digital wallets" - apps which allow users to pay with their smartphones rather than cash or cards - will also give them more comprehensive data about customers' shopping habits than ever before so they can target advertising.

They are joining a crowded market - banks, card companies and tech firms like Google and Apple are all entering the mobile payment business, each hoping their app will become the industry standard. eBay's PayPal, well established in e-commerce, is also experimenting with the technology.

Retailers hope to attract customers to their own services by giving discounts and rewards to those using them, while also linking payments automatically to loyalty schemes and offering features like saved shopping lists.

The global market for mobile payments is forecast to grow about threefold by 2017 to some $721 billion worth of transactions, with more than 450 million users, according to research firm Gartner.

The growth could benefit retailers as the competition from a host of payment providers should help drive down the fees stores pay to have transactions processed - a service currently dominated by banks and card firms Visa and MasterCard.

"We view merchants as overall beneficiaries of the trend toward mobile payments," said Morgan Stanley, which estimated retailers in developed countries spent up to $150 billion in 2012 to accept card payments.

"Expected returns should justify any incremental investments required in enabling mobile payments technology," it said in a report in January.

However, it is still unclear how the retail mobile payment market will develop, with card companies and banks seen retaining a leading role in processing payments even if physical cards become obsolete.

Retailers' apps might struggle to take off as customers are unlikely to be willing to use a variety of services for different stores, but the success of Starbucks Corp in combining mobile payments with promotions shows big players can succeed.