BIST led the world in March 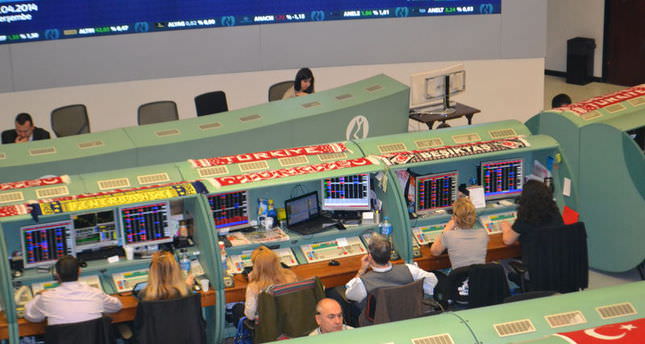 Election campaigns and anti-government attacks didn't deter foreign investors, who poured $682.9 million into the BIST in March, making it the fastest growing stock market in the world

ISTANBUL — Despite increased political tension with the wiretapping of thousands of people and the Dec. 17 operation, the campaign to cause chaos in Turkey did not reach its economic goals.

A positive atmosphere in the markets, which begun ahead of local elections and continued to rise after the elections, proved that foreign investors have not given up on Turkey's markets, experts suggest.

Foreign investors bought shares totaling $682.9 million in March, and together with $206 million in February the total number stands at nearly $890 million in two months.

Turkey's stock market, Borsa Istanbul (BIST), which lost 17.3 percent in value and decreased to 64.858 points after the 17 Dec. operations, was the market with the biggest increase in the world last month. Experts say international and national investors re-entered the market after local elections held on March 30, which resulted in the AK Party's decisive victory and the removal of political uncertainties in the country. Foreign investors re-entering the markets and cash flow into Turkey's markets influenced currency prices and interest rates.
Reaching its top point on Jan. 25 by TL 2.32, the U.S. dollar lost 10 percent in value and fell to TL 2.11. Interest rates also fell to 10.42 percent, which increased nearly 12 percent right after the Dec. 17 operations.