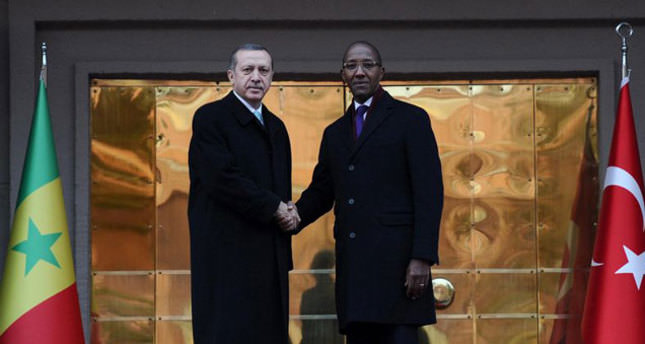 by AA Apr 11, 2014 12:00 am
ANKARA — The trade volume between Turkey and Senegal has increased fivefold during the last decade, according to a Turkish-Senegal trade forum.

Minister Ndiaye also said he would like Turkish Airlines (THY) to increase the number of flights between Istanbul and Dakar, as it would improve trade relations.

Turkey and Senegal have signed a number of agreements ranging from commercial relations to cultural cooperation, including Agreement on Economic, Scientific and Technical Cooperation (1992) and Investment Promotion and Protection Agreement (2010).

The third session of the Turkish-Senegal Trade, Economic and Technical Cooperation Joint Committee was held on Friday in Turkey's capital.

Until today, in order to evaluate and enhance bilateral economic and trade relations between Turkey and Senegal two Joint Commission meetings have been held, with the last one held in Dakar on 2010.