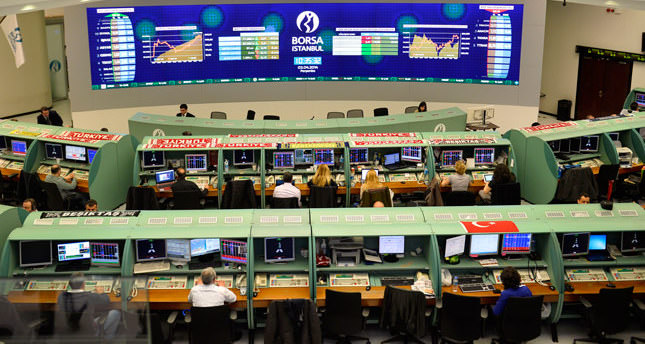 ISTANBUL — The International Monetary Fund's slashing its growth forecast for Turkey might prove a blessing in disguise, a senior economist has said.

Turkey has a habit of taking markets by surprise by growing above expectations, Saxo Capital's Cüneyt Paksoy told AA on Thursday.

In its last World Economic Outlook report on April 8, the IMF estimated that the Turkish economy would grow 2.3 percent in 2014, down from the 3.5 percent it predicted in October last year.

Paksoy said that the IMF's estimates typically painted a pessimistic picture of the state of affairs in any given market.

"IMF announces its estimates with a scenario that contains all possible risks. Many times in the past, Turkey has brought a positive change in the way it is perceived in international markets by growing above IMF forecasts."

The figure sits well below the 4 percent target in the Turkish government's medium-term plan for the economy.

But growth figures in 2010, 2011 and 2013 exceeded predictions, converting what would be a turn-off for investors into an opportunity to attract more capital flow.

Just ten days ago, Turkey beat the IMF figure again by its 4 percent growth in 2013 as opposed to the IMF's 3.8 percent estimate in its October 2013 report.

Also in 2011, Turkey grew better than expected with 8.8 percent, well above the IMF's 6.6 percent forecast. The growth meant that the economy maintained its momentum from 2010, when the country grew 9.2 percent, its strongest showing in a decade, despite IMF's 7.8 percent estimate.

Stressing there is no need to be 'obsessed' with IMF predictions, Paksoy said that markets would accept this forecast as the most pessimistic scenario and every growth figure above it would boost economic outlook.