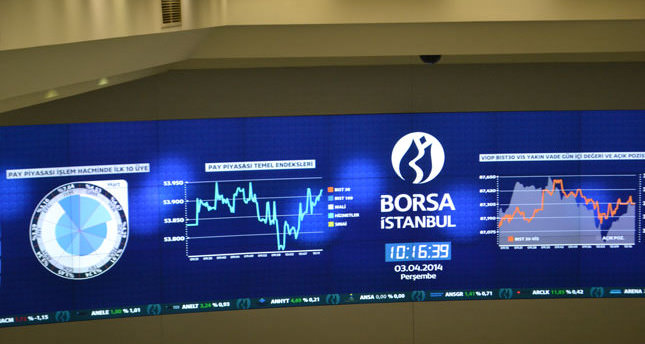 
The bank said the decrease was due mainly to a $2.5 billion decrease, compared to the same period last year, in Turkey's imports and exports and an increase in its service sector.

The country's exports totaled $25 billion, while imports amounted to US$37 billion for January-February this year.

"We will have better chance of seeing Turkey´s current account deficit narrowing in the data for March and April 2014," said Bora Tamer Yilmaz of Ziraat Investment. "While trade developments look to be in good shape envisaged by policy makers, it seems like the financing picture is still mixed and will take time to sort the data out in a meaningful way. We need to be patient to see a concrete improvement in the external balance of Turkish economy."

Yilmaz added that January´s current account deficit data was better than markets had predicted while the February data was in line and can be considered a positive and early sign of improvement in Turkey's balance of payments in 2014.