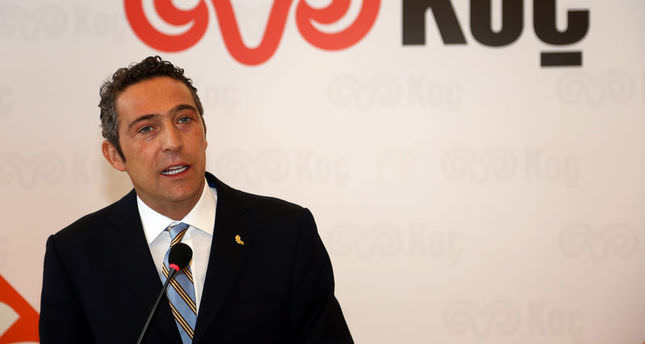 by Daily Sabah Apr 17, 2014 12:00 am
ISTANBUL — Ali Koç, an executive board member of Koç Holding, one of the largest holdings in Turkey whose owners were cited by Turkish Prime Minister Recep Tayyip Erdoğan during the Gezi protests for supporting demonstrators, commented yesterday on Turkey's macroeconomic outlook.

Speaking to the press after the opening ceremony of Koç Holding's new enterprise in Adana, Koç said, "Koç Group, which is the same age with the Turkish Republic, has passed through extremely hard times. It can be said with complete contentment that the recent times have been the best periods of the country." Koç noted that stability is allowing large holdings to make long-term plans and projections.

Ali Koç emphasized that the current economic and political atmosphere is the most promising Koç Holding has ever seen. "Despite the incidents in the last six-to-eight months, exchange rates remained stable. Now we are purchasing foreign companies. Our rating is rising. Moreover, foreign capital inputs are on the rise," Koç said. According to Koç the holding invested around TL 6.4 billion last year.

"Our stance is clear and straight, we will keep investing. We do not want to spend our energy on other matters," he remarked. In response to a question about foreign investors, Koç said, "foreign investors have no thought of leaving Turkish markets, however businessmen who do not know dynamics and opportunities in the country may avoid investing."