AK Party: Economy top of agenda ahead of elections 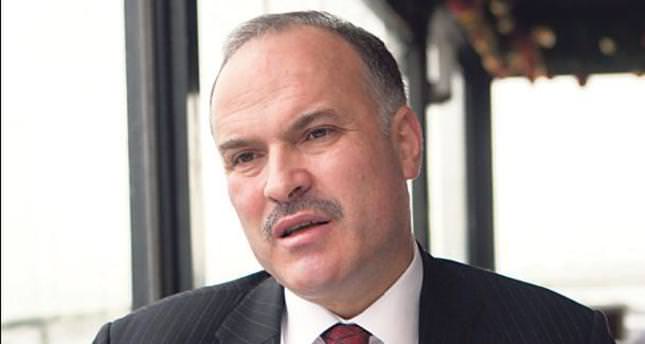 by daily sabah
Apr 24, 2014 12:00 am
İSTANBUL — Bülent Gedikli, a member of Executive Administration Council, the highest board of the Justice and Development Party (AK Party), spoke to the press about possible financial incidents before the upcoming presidential elections. Gedikli said Turkey would pass through a delicate process, which has to be handled with extra caution. "In particular, economic issues will be in the center of the arguments," he added.

Gedikli noted there are two important upcoming elections in Turkey in the near future - the August 2014 presidential elections and the summer 2015 elections - and the world is keeping an eye on Turkey as it will be the term president of the G-20 next year.

He stated significant efforts should be exerted for Turkey's recognition to be increased in the business world and added, "Thus, apart from the political agenda of Turkey, we are doing our best for steps to be taken in such an important international organization. Additionally, we are fighting against internal traitors like the Gülen Movement, which is trying to cripple Turkey, disrupt national peace and block economic and political stability."

Gedikli further said all countries were negatively affected by the global crisis, while Turkey has been remarkably resistant to it. "It is difficult to understand that Turkey has a lower credit rating, which is Baa3, despite its solid public finance and growing economy, than Poland's credit rating, which is A-," Gedikli noted. He also noted that black propaganda against Turkey's economy and political stability by internal traitors and international doomsayers did not work. "Now, everybody should be more alert. I suppose financial operations may increase as we approach the upcoming presidential and general elections," Gedikli remarked.

Gedikli said a strong leader, political stability and the national will brought success to the economy. Gedikli stressed that political stability strengthened the economy and concluded, "In the first quarter of the year, export rates increased by 6.2 percent compared to the same period of the previous year and climbed to $38.6 billion [TL 82.7 billion]. Thus, the export/import coverage ratio increased from 62.5 percent to 68.2 percent. Besides, a serious decline was observed in the current deficit.

Moreover, short-term outstanding external debt decreased by nearly $4 billion this year and decreased to $125.8 billion. When industrial production is considered, there is another boost. The most important incident for both domestic and foreign investors is the results of the local elections. The results showed that political stability would persist and those who block Turkey's path did not succeed."