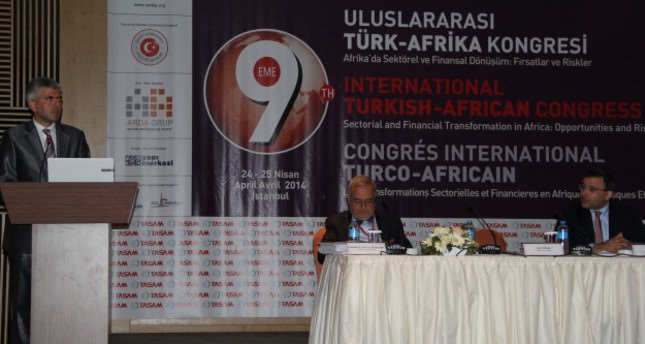 by AA Apr 27, 2014 12:00 am
ISTANBUL - Expectations of development have transformed Africa from being a hopeless continent into a rising continent, and the world appears to be taking note.

A number of experts exchanged opinions on Africa during the ninth International Turkish-African Congress which was held on April 24-25 in Istanbul with the theme "Sectorial and Financial Transformations in Africa: Opportunities and Risks."

Most of them said Africa is becoming integrated into the world economy and diversifying its partnerships, and that it is no longer a market just for the developed countries but has also become a market in which developing countries are now interested.

"This century will be Africa's," said Prof. Ali Engin Oba, adviser to the chairman of the Turkish Asian Center for Strategic Studies, which organized the conference.

"All the documents, reports, and work carried out so far shows how Africa has been rising," Oba said.