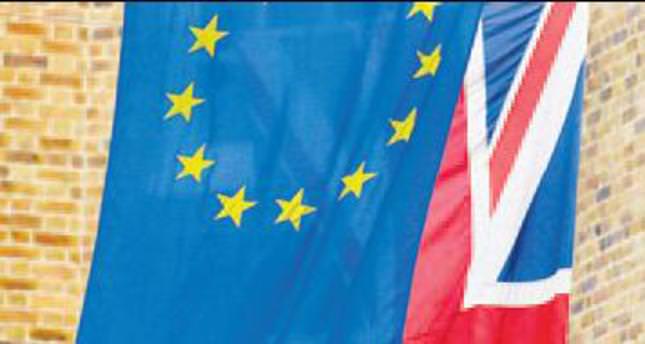 by reuters
Apr 28, 2014 12:00 am
LONDON — A British exit from the European Union could wreck London's position as the only financial centre to rival New York and isolate the country's economy, research ordered by a lobby group for banks and money managers showed. Prime Minister David Cameron has promised to renegotiate the terms of Britain's EU membership and hold an "in-out" referendum by the end of 2017 if re-elected in a 2015 national election. But many of the most powerful banks, insurers and money managers in the City of London are increasingly concerned that Cameron's gamble could allow the country's $2.5 trillion economy, the world's sixth largest, to slip out of the EU.

The lobby group warned that a Britain outside the EU would be shorn of influence, less attractive for investors and vulnerable to regulations over which London had no influence. "Continued EU membership is essential to this country's economic wellbeing," said Gerry Grimstone, Chairman of TheCityUK group, whose members include asset managers, banks, insurance and accountancy firms. "Our research clearly shows that leaving the EU would seriously damage economic growth and jobs in the UK," he said. London dominates the $5-trillion- a-day foreign exchange market, trading twice as many dollars as the United States and more than twice as many euros as the entire euro zone, according to the lobby group. A growing number of banks, including Goldman Sachs, Citi and JPMorgan, have warned a "Brexit" could hurt London's position.

Opponents of the EU say Britain would do better to trade with the world from outside the bloc. Polls show voters split. Law firm Clifford Chance said its research showed that under five possible scenarios for Britain leaving the European Union, the financial services sector - which accounts for about a 10th of Britain's gross domestic product - would be harmed. "The success of the UK financial services industry is to a large extent built on EU Internal Market legislation.

To abandon this for some untried, unknown and unpredictable alternative would carry very significant risks," said Malcolm Sweeting, a senior partner of Clifford Chance. "The UK is a powerful player in the EU and should retain the capacity to push for reform as a member," he said. Cameron has pledged to hold a referendum if he wins in 2015, while the opposition Labour Party has said any Labour government would be unlikely to hold such a vote this decade.