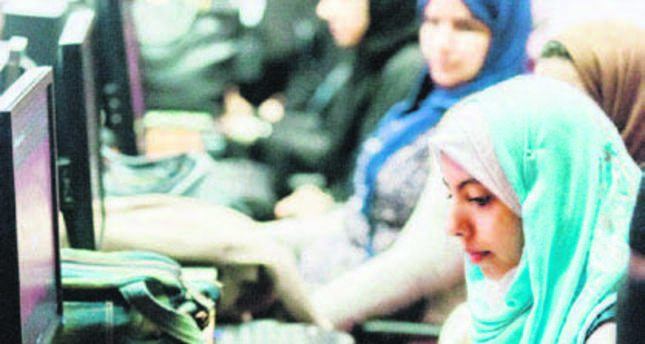 by Daily Sabah Apr 28, 2014 12:00 am
ISTANBUL — Qatar was named the most IT-friendly country in the Middle East in a new report published by the World Economic Forum and INSEAD, the international business school. According to the report, Turkey occupies the 45th position globally, which is considered a good result among large emerging markets. The latest annual technology survey ranked Qatar 23rd globally, one place ahead of the UAE on a list of 148 economies. The list was topped by Finland, followed by Singapore and Sweden.

The top five was completed by the Netherlands and Norway. The report indicated an alarming lack of progress in bridging the "digital divide" between emerging and developing nations and the world's networked economies. The implications of this growing disparity suggest less-developed countries may miss out on many important benefits from information and communications technology (ICT), it added. Three GCC countries were ranked in the top 30 list for the third consecutive year, with Bahrain (29) joining Qatar and the UAE. Elsewhere, the study said Saudi Arabia (32) and Oman (40) demonstrated "continued effort" to improve the ICT uptake, but Kuwait lagged behind in the 72nd position - a drop of 10 places.

The report said countries in the Levant and North Africa still suffered from important weaknesses in their framework conditions and overall innovation capacity preventing them from fully leveraging ICT and getting higher returns. Jordan moved up three to 44, ahead of Kuwait (72), Tunisia (87), Egypt (91), Lebanon (97), Morocco (99), Algeria (129), Libya (138) and Yemen (140). Bruno Lanvin, study co-author and executive director of INSEAD's European Competitiveness Initiative and executive director for Global Indices, said, "As in previous years, the MENA region depicts a highly diversified outlook in terms of the capacity of countries to leverage ICTs to boost competitiveness and wellbeing.

One of the report's major findings is that countries need more than just ICT infrastructure development to increase their competitiveness. It said they also need a holistic strategy that creates an environment conducive for gaining the skills, innovation and entrepreneurship for people to flourish along with this modern infrastructure."