'Sell in May and go away,' but not this year, say experts 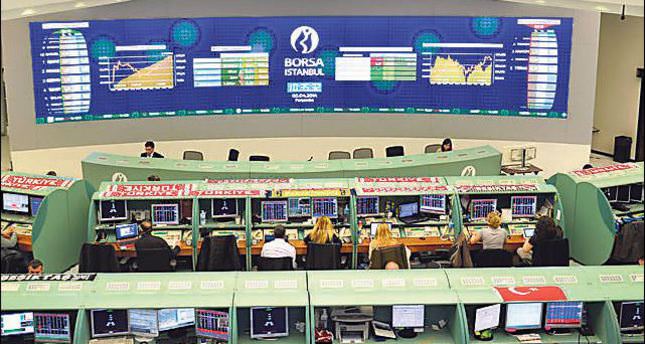 Experts do not foresee a dramatic change in the Turkish exchange market in May, unless a groundbreaking political or economic event occurs

ISTANBUL — BIST sees a 14.1 percent increase when March and April are regarded together. FinansInvest Investment Consultancy Director Serhan Yenigün evaluated the matter. Yenigün stated that profit taking might be observed in May, as there is no short-term profit making expectation after the strong rally in Borsa Istanbul, which started in March from the level of 61,000 and reached 72,000-74,000.

He noted that an increase in BIST could only be seen in case of a peaceful resolution in the Crimea issue and the FED's using communicative language indicating the second half of 2015 for the start of interest increases.

Yenigün stressed that May will be monitored within the frame of those subjects and added, "It may also be supportive for stock exchanges if the Central Bank of the Republic of Turkey softens the preference for a rigid stance.

Marbaş Securities Research Director Üzeyir Doğan said that there is no reason for an upside or downside trend to emerge in the next few months in Borsa Istanbul. He noted that the most likely scenario covers fluctuations in a broad range. Doğan indicated they predict that this fluctuation in BIST 100 will emerge in a range of nearly 10 percent, with 69,000 at the bottom and 75,500-76,000 at the top. Doğan stressed that only a radical change in national or international politics can cause a dramatic decrease in BIST. "We think that internal and external conditions like the European Central Bank's expansion step and political certainty in Turkey may lead an upside trend in BIST by which it exceeds 76,000 points. The next one or two months will be a period when these expectations will be discussed but not come true.

Those expectations will constitute a factor that will limit the decreases. That is why we suppose that a decrease to the level of 69,000 will be a good opportunity for purchases in a few months. Even though the levels of 68,000-69,000 points may be brought to the agenda in May this year, the rule "Sell in May and go away" will not be applicable in May, and possible decreases in May create an opportunity for purchases," Yenigün concluded.