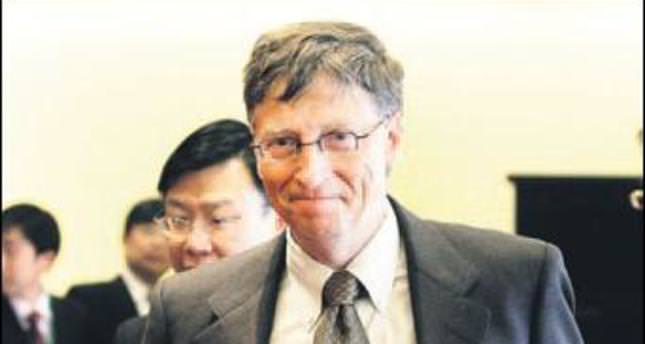 by reuters
Apr 29, 2014 12:00 am
SHANGHAI — Microsoft founder Bill Gates yesterday took to the pages of the People's Daily, the mouthpiece newspaper of China's ruling Communist Party, to encourage people in China to do more for the poor. "China has many successful entrepreneurs and business people.

I hope that more people of insight will put their talents to work to improve the lives of poor people in China and around the world, and seek solutions for them," Gates wrote in an editorial. "Investing for the poor requires participation from the entire community."

Philanthropy in China has yet to take off, as some wealthy Chinese fear generous donations could invite unwanted attention on their fortunes. China ranks towards the bottom of the list of countries where people give money to charity, volunteer or help a stranger, according to The World Giving Index, compiled by theCharities Aid Foundation.

The editorial by Gates, who runs the $38 billion Bill and Melinda Gates Foundation, comes just days after the founders of Chinese internet company Alibaba Group Holding Ltd announced the establishment of a charitable trust which will focus on the environment and health, and could be worth as much as $3 billion, making it one of the biggest in Asia. The People's Daily is required reading for government and party officials in China.

Gates earlier this month said in an interview with Reuters he thought people in China would take cues from central leadership on donations and worthy causes. "I believe the returns on investment in the poor are just as exciting as successes achieved in the business arena, and they are even more meaningful!" wrote Gates. Reports in the past two years by the New York Times and Bloomberg News have chronicled the accumulation of spectacular wealth among family members of some of China's top Communist Party leaders. Gates cited as a model, China's investment over the years in efforts to fight tuberculosis and the participation of China's biotechnology community in those efforts.

According to the World Bank, the average income per capita in China was $6,091 in 2012. But the country's rapid economic growth has exacerbated a rural-urban wealth gap, with people in many rural areas living on annual incomes below $1,000 and struggling with access to adequate healthcare.