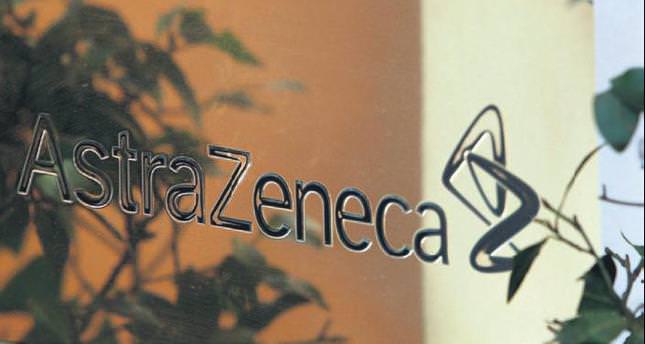 by reuters
Apr 29, 2014 12:00 am
LONDON — U.S. drugmaker Pfizer Inc is working on its next move in a potential $100 billion bid battle for Britain's AstraZeneca Plc after having a two bids rejected, as deal-making grips the healthcare industry. Pfizer said yesterday it made a 58.8 billion pounds ($98.9 billion - TL 210.8 billion) bid approach to AstraZeneca in January and had contacted its British rival again on April 26 seeking further discussions about a takeover.

However, AstraZeneca said it concluded that the proposal "very significantly undervalued AstraZeneca and its prospects." AstraZeneca urged its shareholders to take no action over the approach by Pfizer Inc yesterday and said it remained confident in its independent strategy. "In this discussion, the Chairman of Pfizer did not make a specific proposal regarding an offer to acquire AstraZeneca," Astra said. The British company said it had considered the request for talks, but without a specific and attractive proposal, it had deemed it inappropriate to engage in discussions with Pfizer. Meanwhile, AstraZeneca shares jumped 15 percent in early trade yesterday.

The cash and shares takeover, if it happens, would be the biggest-ever foreign takeover of a British company and one of the largest-ever pharmaceuticals deals.

The renewed approach comes amid a wave of mergers and acquisitions in the sector, as the industry restructures in the face of healthcare spending cuts and cheap generic competition. Under British takeover rules, Pfizer has until May 26 to announce a firm intention to make an offer for AstraZeneca or back away. Buying AstraZeneca would give Pfizer a number of promising -though still risky - experimental cancer medicines known as immunotherapies that boost the body's immune system to fight tumours. It could also generate significant cost savings for the U.S. group. Acquiring a foreign company also makes sense for Pfizer because it has tens of billions of dollars accumulated through foreign subsidiaries, which if repatriated to the United States would be heavily taxed. Pfizer has a long track record of making major acquisitions, with the $68 billion purchase of Wyeth in 2009 its last major deal, after earlier acquisitions of Pharmacia and Warner Lambert. The drugmaker has more recently been divesting certain operations, while mega-mergers had fallen out of fashion in the pharmaceuticals industry following scepticism about how well some of them have worked. But Chief Executive Ian Read said he was ready to consider large deals that made sense, adding that buying AstraZeneca would "maintain the flexibility for the potential future separation of our businesses". The transaction would complement both Pfizer's innovative drug businesses and also its established products business - comprising older and off-patent medicines - which many analysts expect to be eventually spun off. The suggested deal, which first surfaced a week ago in the Sunday Times, has triggered worries about jobs in Britain's pharmaceuticals sector, which is viewed as a key industry by the government.

AstraZeneca has already laid off thousands of scientists and other staff as it shrinks its cost base to cope with a fall in sales due to patent losses on blockbuster medicines, while Pfizer has shuttered a large research site in Sandwich, southern England.