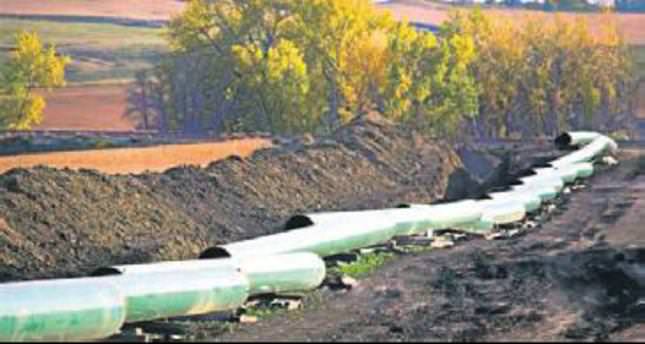 by AA
Apr 29, 2014 12:00 am
IRBIL — The Kurdish Regional Government in northern Iraq and Iran have signed an agreement that will allow Tehran to send 3 to 4 million liters of refined fuel oil in exchange for crude oil, according to an official.

Iran signed an agreement with Iraq's Kurdish Regional Government (KRG) for oil and natural gas on Sunday, according to a Kurdish official.

Abdullah Akrayi, the KRG official responsible for Iran affairs, told journalists that a delegation led by Rostem Qasimi, Iran's delegate for trade relations with Iraq, made the deal with the regional government's Energy Minister Ashti Hawrami.

The agreement proposes the construction of two pipelines between the Kurdish region of northern Iraq and Iran, and the regional government would receive between 3 and 4 million liters of refined oil fuel and natural gas in return for sending crude oil to Iran. Currently, 1.5 million barrels of oil from the KRG is stored in Turkey's Ceyhan port, waiting for the approval of Iraq's central government to be exported. The regional government has been embroiled in a longrunning row with the central government in Baghdad over shares of oil revenues, with Baghdad opposing the export of stored Kurdish oil from Ceyhan, claiming it would bypass the country