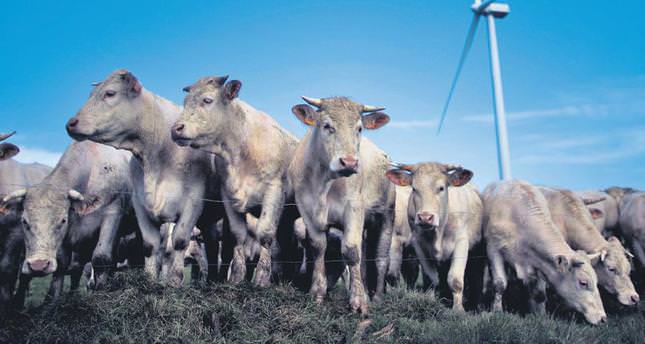 World giant Siemens and GE are battling to buy a controlling stake in leading French engineering company Alstom, however the government in Paris has intervened and prevented the sale from going ahead as planned

French President Francois Hollande, fighting to protect national interests and a possible takeover of engineering company Alstom, met rival bidders from the U.S. company General Electric and German group Siemens yesterday. The meeting between the French head of state and the boss of one of the world's 10 largest publicly-quoted corporations follows a weekend of political and corporate drama, in which Alstom's German rival Siemens proposed a swap of assets to counter a potential Alstom-GE tie-up. Hollande had separate talks with the top management of Siemens, which his government appears to favor as a partner for Alstom, and with the head of General Electric (GE), Jeffrey Immelt. Hollande also met Martin Bouygues, the head of the key shareholder in Alstom, French construction, telecom and media firm Bouygues.

The high-level talks were part of a race by the French Socialist government to protect Alstom's decision-making center in France, jobs, and strategic energy interests, in what Economy Minister Arnaud Montebourg has described as a "patriotic" response to an expected bid by GE. At the end of last week it emerged that GE was in advanced talks to buy Alstom's energy interests for about 10 billion euros (TL 30 billion). Hours before the meeting, Montebourg said France would block any deal it considered unsuitable in terms of the long-term interests of the French company, its employees and the economy. But he stopped short of calling for Alstom's nationalization if neither GM's offer nor a rival one from Germany's Siemens proved acceptable. Immelt arrived in Paris aiming to hammer out a $13 billion deal (TL 27.7 billion) to buy Alstom's power turbines business, after news of talks between the French trainsto- turbines group and the U.S.

industrial and financial group late last week. His arrival coincided with French political uproar over the potential loss of a national champion and the emergence of a rival proposal involving Siemens.

Energy activities account for about 70 percent of Alstom's business, with the rest being focused mainly on making railway equipment including the TGV high-speed train. GE already has big energy manufacturing activities in France, but Montebourg objected yesterday to the possibility that in a matter of days Alstom could make a decision to sell these to a U.S. company which is based in the state of Connecticut.

Montebourg said on French RTL radio that he would not accept that "Alstom, in three days, can decide to sell 75 percent of a national jewel behind the backs of the employees, of the government, of most of the board and of the senior executives." He said, "French companies are not prey, however we are prepared to tie up alliances enabling us to face up to global competition."

The minister said that a bid from GE raised a simple problem which was that "the main part of Alstom, 75 percent of the businesses, 65,000 employees in the world, is going to be run from Connecticut."

The German company, like Alstom, makes high-speed trains and other rolling stock as well as power station turbines, and is proposing a swap of assets that would make Alstom a more significant rail transport player while enhancing its own turbines and power grid equipment business.

Alstom is under pressure because its main markets for power generation and rail equipment are expected to be weak in the next few years. Its share price has fallen heavily in the last year, pushing Bouygues into loss, although Alstom shares jumped on the bid reports. Economists say that Alstom is too small alongside giants such as GE and Siemens and that it is uncompetitive.

They also have said that the French government, since selling its stake in 2006, has little real control over what the Alstom board decides, and they tend to the view that strategically a deal with GE would have a better strategic fit than one with Siemens. Ten years ago, when Alstom had to be rescued and was shorn of its shipbuilding interests, France cold-shouldered takeover interest from Siemens which is now believed to be interested in acquiring Alstom energy activities in exchange for handing the French group its own rail interests to create two giant, specialized European groups. The French government, in a recent policy switch and amid growing signs that French industry is seriously uncompetitive, is proposing big cuts in planned public spending so as to relieve taxes on businesses, but faces strong opposition from its left wing in a crucial vote this week. The case of Alstom is highly sensitive politically and is also seen as emblematic of deep strains in many parts of French industry.