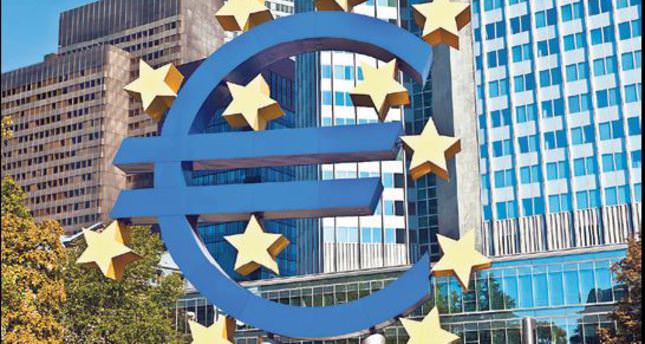 by Daily Sabah Apr 30, 2014 12:00 am
BRUSSELS — Economic confidence in the Eurozone dropped unexpectedly in April, despite a strong increase in consumer confidence, a key survey showed Tuesday. The European Commission's closely watched Economic Sentiment Indicator (ESI) slipped to 102 points, a drop of 0.5 percent. Analysts expected the index, which measures the mood among executives and consumers, to rise to 102.9. "The slight decrease in sentiment was mainly due to a worsening of confidence in services and construction, which are the two sectors where confidence still scores below its long-term average," the European Union's executive wrote. But the commission said consumer confidence improved by 0.7 points "thanks to consumers' more positive views on the future general economic situation and the level of future unemployment." Consumer confidence in the Eurozone is at its highest level since November 2007, according to the commission. Among the largest Eurozone countries, the ESI declined in the Netherlands, Spain and Germany, while remaining broadly stable in France and increasing slightly in Italy.