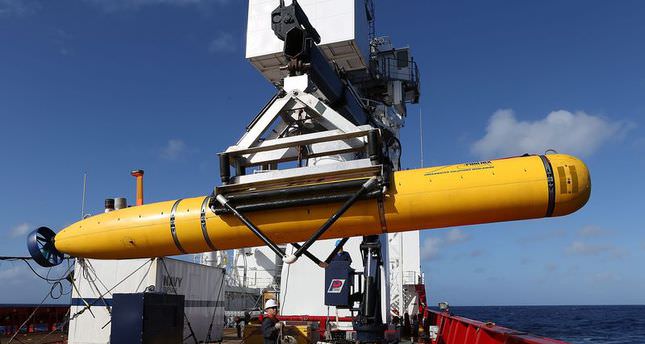 Just as the global economy has all but recovered from debt-fueled crises in the U.S. and EU, internationally respected economists see a lending bubble in China that threatens global growth unless Beijing defuses it

WASHINGTON — According to a report released last month by President Barack Obama's economic team, the U.S. economy recovered from the global recession quicker than any other country except Germany. And most international investors believe the worst of Europe's debt crisis is over. However, economists are now worried that China's lending bubble may trigger a new global crisis. That's the view that emerges from an Associated Press survey this month of 30 economists. The source of concern is a surge in lending by Chinese banks.

Still, the economists remain optimistic that Beijing's high-stakes drive to reform its economy - the world's second-largest - will bolster Chinese banks, ease the lending bubble and benefit U.S. exporters in the long run.

The source of concern is a surge in lending by Chinese banks. The lending was initially encouraged by the government during the 2008 global financial crisis to fuel growth. Big state-owned banks financed construction of homes, railroads and office towers. But much of the lending was directed by local officials for pet projects rather than to meet business needs. On Monday, the International Monetary Fund (IMF) issued a warning about China's private debt. It released a report citing "rising vulnerabilities" in China's financial system, including lending outside traditional banks. Lending by that "shadow" banking system now equals one-quarter of China's economy, the report said.

The IMF also pointed to recent defaults in credit card and other debt sold to investors by banks and heavy debts owed by local governments. If it continues, "this could spark adverse financial market reaction both in China and globally," the IMF said. The bubble has caused land prices in China to double in five years, according to an estimate by Nomura, a Japanese bank.

Outstanding credit surged from 130 percent of the economy in 2008 to 200 percent in 2013, according to Capital Economics, a forecasting firm. When debt has built up that fast in the past as in the U.S. during the housing bubble, financial crises have typically followed. "That should be setting alarm bells off," said Mark Williams, chief Asia economist at Capital Economics. When debt finances excessive building, eventually too few people or companies are willing to buy all the houses, apartments and offices. That can send prices sinking and trigger loan defaults by developers and property owners.

Banks typically then curtail lending, thereby slowing growth. Most economists think China's government would bail out its state owned banks and provide enough money so they could continue lending. It would also support any companies whose bankruptcy would threaten growth. China's government has adopted a reform program intended to strengthen its financial sector and transform its economy with more consumer spending and less dependence on construction and investment. The IMF said those efforts could make growth more sustainable and boost consumption. But it said progress "remains incomplete." Premier Li Keqiang, China's top economic official, promised in March to give market forces a "decisive role" in allocating loans. Days later, the government let a corporate bond default for the first time, rather than bailing out the investors, to encourage more market discipline. Also that month, China cleared the way for the first five privately owned banks. The government hopes they will lend more to entrepreneurs and private businesses and provide competition for the state-owned giants. The measures are having some effect. New lending slowed in March. And the expansion of China's money supply rose at its slowest rate since 1997.

But there's been a cost to China and the global economy. The economy's growth slowed to 7.4 percent in the first three months of the year, compared with a year ago. That was down from 7.7 percent in last year's fourth quarter.

While still far ahead of developed economies such as the U.S., that rate was well below the double-digit growth China had enjoyed for decades. The AP survey collected the views of private, corporate and academic economists on a range of issues. Most said they thought China's slowdown posed a threat to countries that ship huge amounts of commodities including iron ore and copper to China. Among them, Canada, Brazil, Indonesia and Australia have already felt the sting.