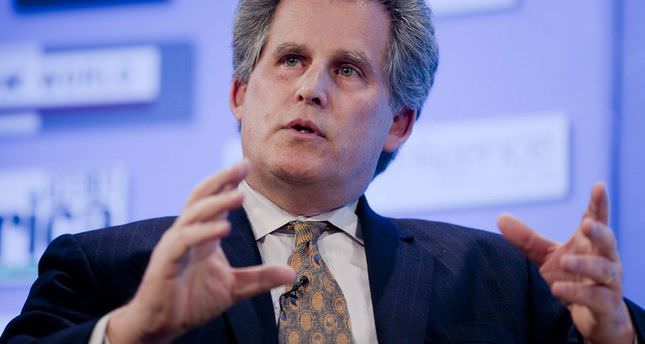 by AA Apr 30, 2014 12:00 am
ISTANBUL — Other than Russia and Turkey, the 2014 spring report released today in Istanbul from the IMF paints a negative picture of the Eurozone economies' attempts to recover from the 2008 global financial crisis.

Even though Turkey's economy accelerated in 2013 and focused on domestic demand, the recent tightening of monetary policy, macro-prudential measures and sizable exchange rate adjustment are expected to restrain domestic consumption and thus restrict overall gross domestic product (GDP) growth going forward, according to the IMF report. The IMF's "Spring 2014 Regional Economic Issues for Central, Eastern and Southeastern Europe" (CESEE) focuses on the external funding patterns and risks in the European area and also notes most of the region has seen economic growth and partly recovered from the 2008 financial crisis. Aside from Russia and Turkey, the largest regional economies, economic growth in the CESEE region is projected at 2.3 percent in 2014, almost twice last year's pace despite an unusual constellation of risks that cloud outlook.

External funding conditions have become more volatile since mid-2013, where in addition to the ongoing reduction in foreign bank funding, portfolio flows to CESEE, not including Russia and Turkey, turned negative in 2013's third quarter for the first time since 2009. Recalling that the IMF's recent World Economic Outlook report in April gave estimates of Turkey's GDP for 2013 at 4.3 percent, 2.3 percent for 2014 and 3.1 percent for 2015, the IMF report noted that monetary policies - considered in contrast with external pressures - will cause deceleration.

While estimating Turkey's real exports growth at 0.1 percent in 2013, 5.6 percent in 2014 and 6.1 percent in 2015, the IMF report expects real domestic consumption growth of 3.9 percent for 2013, 0.3 percent in 2014 and 2.5 percent in 2015. An IMF World Economic Outlook report on April 8 estimated that the Turkish economy would grow 2.3 percent in 2014, down from the 3.5 percent predicted in October 2013. Cuneyt Paksoy, a senior economist at Saxo Capital, noted that IMF estimates typically paint a pessimistic picture of the state of affairs in any given market, saying, "The IMF announces its estimates with a scenario that contains all possible risks. Many times in the past, Turkey has brought a positive change in the way it is perceived in international markets by growing beyond IMF forecasts." The IMF projection for Turkey's economic growth in 2014 sits well below the 4 percent target which the Turkish government's medium-term plans for the economy projects. But growth figures in 2010, 2011 and 2013 exceeded predictions, converting what would be otherwise have driven away investors into an opportunity to attract more foreign capital. Paksoy noted Turkey beat IMF figures once again in April with a 4 percent growth for 2013, as opposed to the IMF's 3.8 percent estimate in its October 2013 report. Turkey grew better than expected in 2011 at 8.8 percent growth, well above the IMF's forecast of 6.6 percent.

The growth meant the economy maintained its momentum from 2010, when the country grew 9.2 percent, its strongest showing in a decade, despite the IMF's 7.8 percent estimate for 2010.