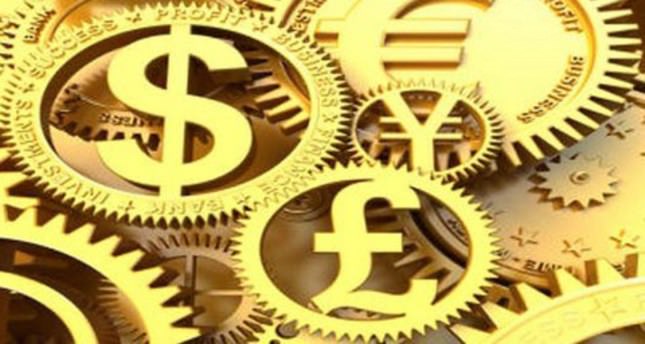 by AA
Apr 30, 2014 12:00 am
ANKARA — The customs union between Turkey and the EU needs modernization due to its implementation problems in the current agreement and changing needs, World Bank director for Turkey Martin Raiser said on Tuesday. Raiser said both Turkey and the EU will benefit from resolving issues on the customs union in his opening remarks at the World Bank meeting in Ankara with the Economic Policy Research Foundation of Turkey (TEPAV). At the meeting, entitled "Evaluation of the EU-Turkey Customs Union Report," Raiser said that extending the customs union's coverage to include agriculture and the service sector will enhance Turkey's bid for European Union membership.

The World Bank's report, prepared on the request of the European Commission, was released on April 8 and reported on Turkey's concerns regarding the antiquated agreement, whose problems came to light in the changing global market between the EU and Turkey.

The report also makes constructive recommendations, such as the need to cover agriculture and services which account for 70 percent of Turkey's gross domestic product, as well as industrial goods and the prominence of EU members' free trade agreements with third countries.

The need to upgrade the agreement has also been reiterated by Turkish Economy Minister Nihat Zeybekci in March when he discussed the agreement with his EU counterparts and agreed to renegotiate no later than June.

Third countries, due to their agreements with the EU, may export their products without tax while Turkey cannot. This disadvantage has caused uneasiness. "Third countries with which the EU has concluded free trade agreements sometimes refuse to conclude free trade agreements with Turkey," points out the report. "Consequently, Turkish firms have not received automatic reciprocal access to those markets while imports from these countries may often enter Turkey duty-free." Raiser added that the customs union is better than a free trade agreement for Turkey with the EU. "The customs union has undisclosed potential but it does not cover agriculture or the service sector," said Raiser. "You cannot benefit from the agreement without addressing this problem." Turkey is the only non-EU country which has a Custom Union Agreement that came into force on Dec. 31, 1995, and was a keystone to the EU membership for Turkey.

However, the advantage Turkey acquired over the last 19 years since the deal was made is now being eroded. Turkey's lack of progress in its EU bid, the change in world trade structure, the EU's free trade agreement with third countries, the exclusion of services and unprocessed agricultural goods and visa issues facing Turkish business people are among the reasons cited for the need to upgrade the agreement. The free trade agreement between the EU and third parties enables other countries' goods to enter European markets or Turkish markets via Europe without duty charges, but Turkey exports to third countries do not benefit from the same tariff reductions granted to the European Union. As a result, Turkey still has to face high tariffs and nontariff barriers.