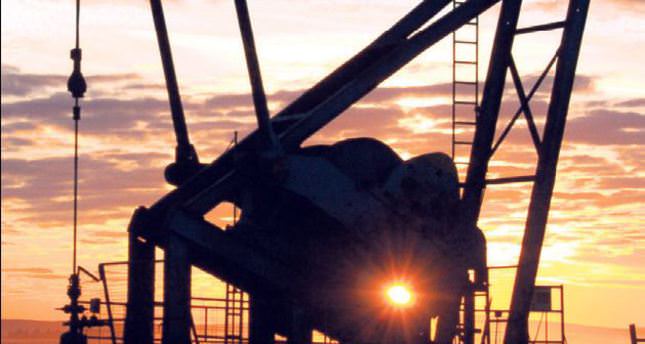 LONDON — British oil company Heritage Oil agreed a 924 million pound ($1.6 billion; TL 3.39 billion) takeover offer from a fund owned by the former chief executive of Qatar's sovereign wealth fund. Heritage, whose main oil production is in Nigeria, said it was recommending a 320 pence per share cash offer, which represented a 25 percent premium to its closing price the day before the approach was announced.

Sheikh Hamad, who was chief executive of the Qatar Investment Authority until last year, is regarded as the driving force behind the emergence of the Gulf Arab state's sovereign wealth fund as one of the world's most sought-after investors, scooping up stakes in bluechip companies, luxury brands and prime real estate.

Heritage's largest shareholder, former mercenary Anthony Buckingham who owns 34 percent of the FTSE 250 company, has entered into an agreement with Al Mirqab to retain a 20 percent stake of Heritage for five years under its new ownership.

Over the last month, the oil sector has seen signs that deal activity is picking up. Mining company Glencore Xstrata said it agreed to buy Chadfocused oil firm Caracal Energy for about 800 million pounds. Two FTSE 250 oil companies were also recently involved in a potential merger when Ophir Energy had two bid approaches rejected by Premier Oil. Analysts said the deal was positive for the exploration and production sector. Afren, whose main operations are also in Nigeria, traded up 3.5 percent, while Ophir was 4 percent higher. "It's a welcome shot in the arm in terms of valuations.

There is a theme.Companies which are oil and are relatively simpler operations, that is, they're onshore rather than offshore, they are appealing to people,"Royal Bank of Canada analyst Al Stanton said. Companies with onshore oil operations, look relatively cheap and have a major shareholder include Kurdistan-focused DNO and Albaniafocused Bankers Petroleum, Stanton added. Al Mirqab is interested in accessing Heritage's growing oil output in Nigeria and its exploration portfolio which includes areas in Tanzania and Papua New Guinea. Jersey-based Heritage bought into a Nigerian oilfield which had been owned by oil major Shell in a $850 million deal in 2012.

It had previously sold oil fields it had found in Uganda. Heritage was founded by Buckingham, a former North Sea diver who went on to provide mercenary fighters in Africa when he was a partner in the military contracting firm Executive Outcomes. Heritage's takeover has been recommended by a board which excludes Buckingham, the company's chief executive, as he has been deemed to be acting in concert with the Qatari fund due to his plan to remain invested.