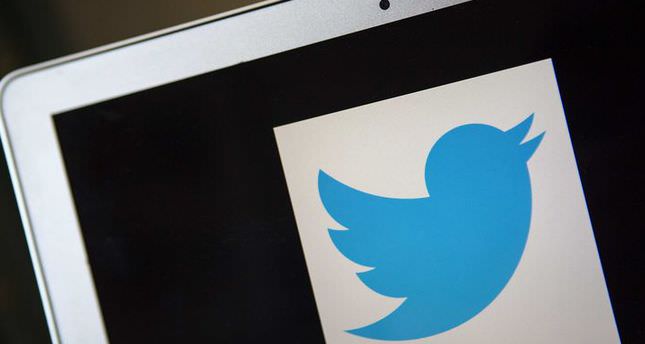 Shares in popular social network plunged nearly 11 percent to their lowest levels since the company's stock market flotation, as it reported slower-than-expected user growth and a net loss of $132 million

Twitter shares sank yesterday to their lowest levels since the company's market debut after the messaging platform reported a jump in revenues but disappointing growth in users. The net loss for the first quarter amounted to $132 million (TL 280.3 million), wider than the $27 million deficit one year earlier, largely due to a rise in stock compensation, Twitter said in its earnings statement. Revenues grew 119 percent from one year ago to $250 million and the number of monthly active users rose to 255 million. Twitter shares plunged 10.6 percent to $38.08 in after-hours trade even though the revenue figures were better than expected. That was the lowest since the market debut last November. Market action in the tech sector has also been volatile in recent weeks amid fears of a bubble based on the stretched valuations of some companies.

Despite higher user growth than the previous quarter, when Twitter saw just a 3.8 percent rise, Twitter's stocks fell by more than 11 percent in after-hours trading, sending the price below its initial public offering of $38.80 per share. The rise in Twitter active users comes after four consecutive quarters of declining growth, but the turnaround was not strong enough to convince investors. Twitter's Chief Executive Dick Costolo highlighted the company's revenue increase, and said it was "fuelled by increased engagement and user growth."

The integration of advertising management software MoPub had helped Twitter "reach more than 1 billion iOS and Android users each month," he added. Another measure of user engagement, timeline views, increased 15 percent in the first three months of 2014 to 157 billion. But the number of Twitter users is still well below its most high-profile competitor, Facebook, which boasts 1.28 billion active users.

Twitter made a splash last year on Wall Street with a surge on its market debut, but its shares have struggled since then amid doubts about its pace of growth and progress toward profitability. Using a popular Wall Street measure excluding special items, Twitter essentially broke even on a per-share basis, according to its quarterly report. A recent Forrester Research study found 22 percent of U.S. online adults visit Twitter at least monthly compared to Facebook's 72 percent. Twitter went public last November. It had set a price of $26 per share for its stock, which then soared amid hungry investor demand. The high-flying stock peaked in December at $74.73, then declined steeply.