Chinese economy may overtake the US this year 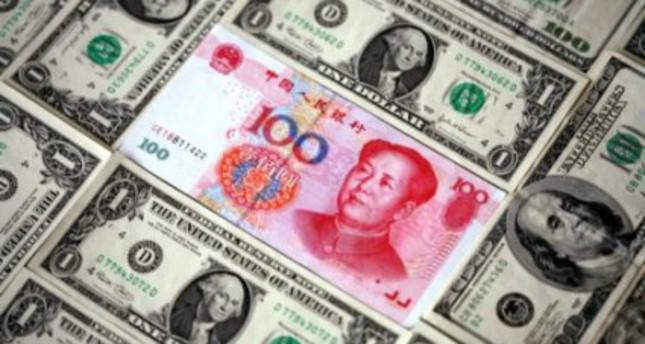 by Daily Sabah May 02, 2014 12:00 am
ISTANBUL — China may be poised to overtake the United States as the world's top economy sooner than expected, according to one measure, but some underwhelmed Chinese would rather have clean air and political freedoms.

The World Bank on Wednesday published a vast study on the rankings of national wealth creation on the basis of 2011 figures.

It was carried out with several international organisations to compare national production figures in nominal terms, and also to reflect differences in buying power - or purchasing power parity (PPP). Gross domestic product (GDP) for the United States in 2011 amounted to $15.533 trillion, more than twice China's $7.321 trillion. But after adjusting for PPP, the figure for China rose to $13.495 trillion - which means that the rapidly growing Asian giant could overtake the United States as soon as this year. Meanwhile, India has dislodged Japan to become the world's third biggest economy, according to data from the World Bank International Comparison Program.