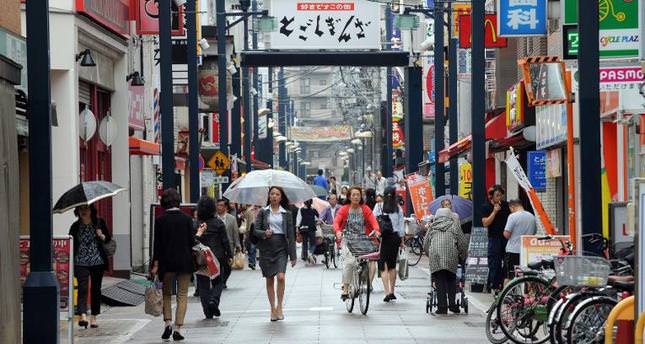 by May 03, 2014 12:00 am
TOKYO — Japanese household spending soared at the fastest annual pace in four decades in March as consumers rushed to beat a sales tax hike, with early signs backing the central bank's conviction the economy will weather an expected fall in consumption over coming months. The Bank of Japan has repeatedly said in recent weeks that the world's thirdbiggest economy is not in need of fresh near-term stimulus to overcome the pain of the April 1 tax increase. That view gained further currency with separate data on Friday showing the jobless rate held steady at a nearly seven-year low and the availability of jobs continued to improve.

Household spending rose 7.2 percent in March from a year earlier, data showed on Friday, far exceeding a median market forecast for a 1.0 percent increase, as demand boomed ahead of the sales tax hike to 8 percent from 5 percent in April.
It was the biggest annual increase since 1975 and exceeded a 5.8 percent rise in March 1997, when Japan previously raised the sales tax to 5 percent from 3 percent.The rise in 1997 was followed by a 1 percent drop in April.