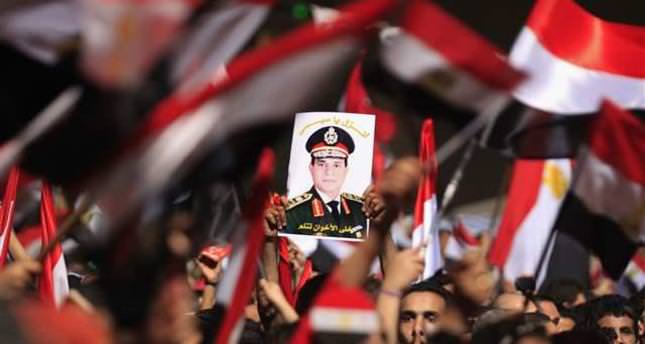 by Daily Sabah May 03, 2014 12:00 am
ISTANBUL — As political tension in Egypt escalated after last year's coup, Turkish businessmen and companies operating in the country have been affected. The new military-supported government began applying a systematic intimidation campaign against certain companies.

It is noted that bureaucrats who are close to Abdel Fattah al-Sisi, the former Commander- in-Chief of the Egyptian Armed Forces who staged a coup against the first democraticallyelected president in Egypt, caused major losses for some Turkish businessmen in the country.

Due to various troubles like arbitrary cancellation of business licenses and visa challenges, 43 Turkish investors had to terminate their trade relations with Egypt. Turkey's Ministry of Economy conducted a survey that confirms the increasing pressure on Turks operating business in Egypt.

Authorities reported that the activities of Turkish companies were obstructed in more than 20 titles in the last six months. "That is why 13 new investments were suspended and 30 Turkish companies had to go out of business," the officers from the Ministry of Economy noted. Businessman Özgün Altın remarked that the new Egyptian government purposely blocked investments. Noting that some public officers discriminate against businessmen with Turkish passports, Altın added, "If the officer is a proponent of al-Sisi, he takes your passport and moves you to the end of the line. He makes you wait for hours. Two machines we wanted to bring from Turkey have been kept in the port for 40 days. Because of these problems, 10 Turkish companies in Alexandria withdrew from Egypt."

Müftah Uçak, who manufactures pasta for Egypt, also stated that bureaucracy recently took aim against Turkey, especially regarding visa applications that exceed 10 days. "Transactions in public offices have become much more difficult and many files were swept under the rug. We are able to resolve such problems more quickly as we have a strong local partner in the area," he said.

Chairman of the Turkish-Egyptian Business Council Zuhal Mansfield said some of these unpleasant examples are due to the political atmosphere, but it is not a systematical approach. Mansfield noted that the Egyptian economy needs every dollar of investment and concluded, "Egypt is going through political and economic dire straits. However, we have to separate the economy from politics.

Egypt embraces investors from each and every country. Undoubtedly, there is serious political division and stress in the country. Yet, it would be unfair to generalize individual faults of bureaucrats for the whole country. We will hold a consultation meeting on May 14 to resolve the problems."